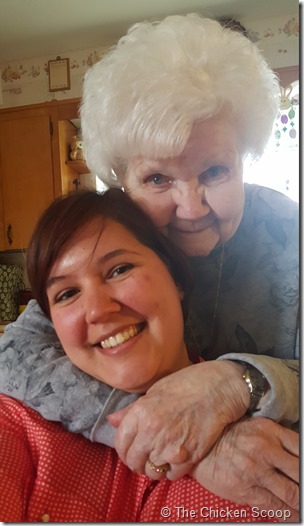 This weekend got pretty hectic!  I didn’t manage to blog at the end of last week because there was just too much to do.  I spent the majority of Thursday with my friend Callista and her adorable children.  We went to the beach to play in the sand but it got really cold and windy all of the sudden so we had to leave. 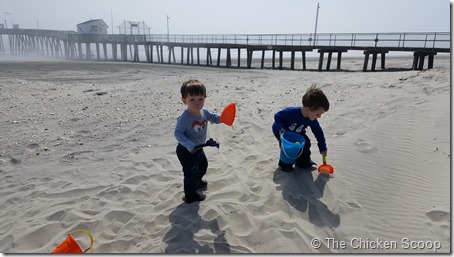 We had walked a mile to get to this spot so we had to power walk it back to the car.  Sadly, the mile back was INTO the wind with a double stroller.  That was quite the walk!  We ended up at a local park to each lunch and let the kids run around for a while.  It turned out to be a nice day!

Friday, Rob was off for work and we had to prep the house for guests for the night.  My friend Emily and her boyfriend, James, came down for the night to hang out.  We took them to happy hour at our favorite spot and then came back to the house to watch the Syracuse basketball game and play board games.  Somehow I managed to kill everyone at Risk even though I had never played before.  I also managed to pull out a win playing a Pirates of the Caribbean version of Life. 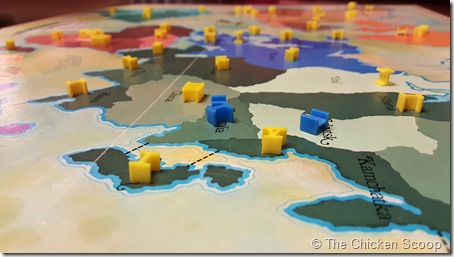 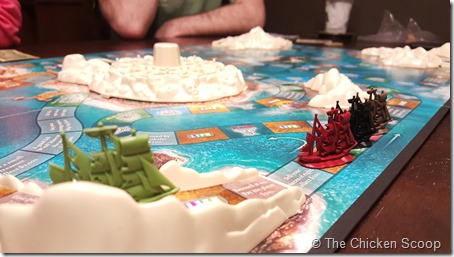 Saturday, we took Emily and James to our favorite bagel shop for breakfast before going mountain biking at a county park.  Emily had never been mountain biking before and hadn’t ridden a bike in a few years.  Luckily, I like in South Jersey where it is flat, flat, flat.  Everyone had a lot of fun but we were all exhausted by the end of the day!  We ended up biking over 7 miles in about 2 hours!  Doesn’t seem like much until you think about the fact that we were going up and down hills, dodging tree, and hopping over logs the whole time! 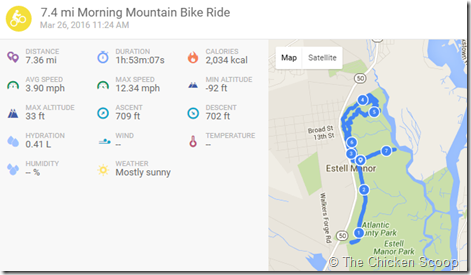 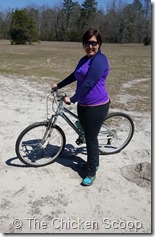 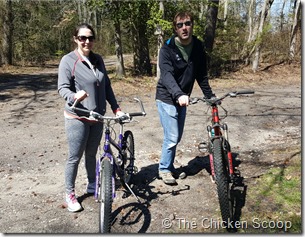 We decided to have another round of games before they headed back home and this time Rob managed to sneak a win.  Rob and I spent the rest of the night on the couch.  I got really bad muscle soreness from the bike ride because it was a little too much for me.  I ended up basically crying myself to sleep.  Rob was awesome though and set me up the best he could with my Arbonne Muscle Cream (I would die without this stuff) and a heating pad.  The soreness went away finally over night and I could hobble around for Easter. 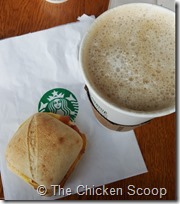 Easter was pretty low key.  We hit Starbucks to start the day since we hadn’t been there in forever.  I got a new drink, the Caramelized Honey Latte.  I ordered a venti with half the pumps of syrup and soy milk.  It was really disappointing.  I forgot that the venti has only 2 shots like the grande so it was pointless to order.  It is completely the wrong ratio of milk to espresso.  Also, I don’t think the soy milk went very well with the caramelized honey.  I will try it again one day maybe but as a grande and with regular milk.  I’m super picky about my coffee and espresso beverages.  I miss the coffee shops in Philly!

Anyway, we had a nice time at my Grandmother’s house for Easter.  We got there early like we always do to have some quiet time with grandma.  I wasn’t feeling great and neither was Rob so we kind of hung back while everyone else socialized.  It was a nice Easter nonetheless!

Sunday night, Rob and I finally got a change to really relax on the couch and zone out.  We had missed the Syracuse game sadly but it was a holiday so what can you do.  But Syracuse won so I’m happy!  We watched some shows off the DVR and then headed to bed early.

That was such a busy weekend!  I have to file taxes today and do other adult things that aren’t any fun so I should get off the computer

Tell me about your weekend!  Did you spend time with anyone special?