FYI, blogging in the evenings has been difficult lately.  Too many distractions… 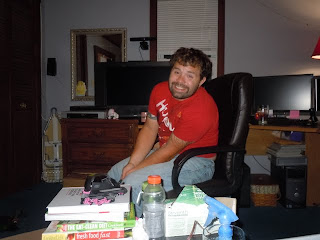 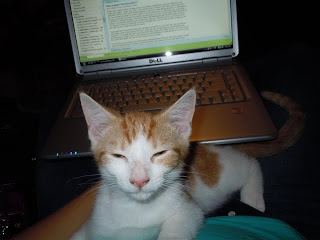 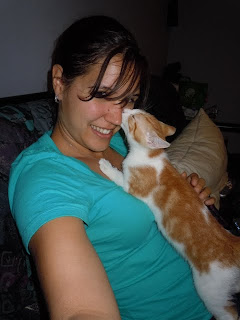 I really really wish I could break these posts up into smaller ones!  Then again, that would lead to several posts per day but at least they would be shorter.  Hm.  I need a new tactic somehow! 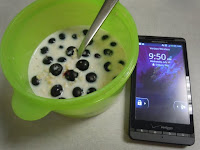 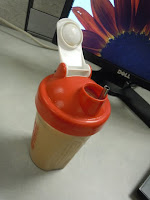 Yesterday, I made the most wonderful thing.  I have made it before but fell out of the habit.  I read Carrots ‘N’ Cake though and she has been making it regularly for breakfast.  I just had to make one again and it was as delicious as I remember!  And iced coffee protein shake.  YUM!  Its just 1 cup cold coffee, I used 1/2 scoop chocolate protein powder, some milk and half and half.  I threw it in my shaker cup with some ice and it was perfect!  I need to remember this more often!  Also, since it was so filling, I didn’t get around to eat the second half of my breakfast until almost 10:00! 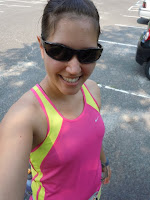 Anyway!  Work is always uneventful.  Or rather, I just don’t talk about it here because its work and not my life!  After work, I had to do a run that I skipped Tuesday and also get some strength training in.  Rob and I decided to head to the park again and this time we would do the exercise trail.  It was 85 with a heat index of 92 so we made sure to bring water!  Off we went! 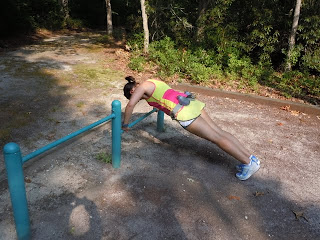 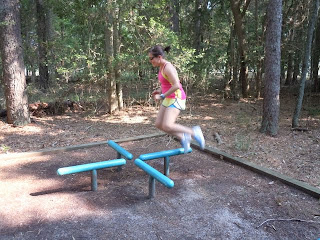 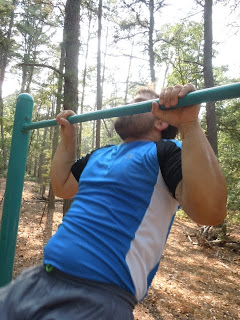 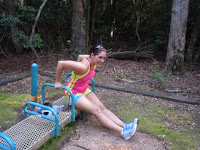 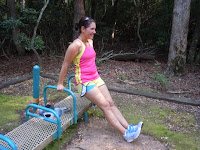 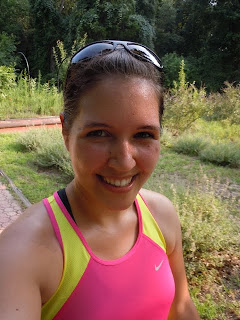 Finally after 2.25 miles, we were done!  I never knew how killer it is to try doing tricep dips and squats after a short .5 mile jog.  YUCK!  I think the humidity wasn’t helping either.  I definitely had fun.  Rob only did a few of the exercises but he has a hard job so I let him get away with it.  I was soaked by the end and ready for a cold drink!
The rest of the day was pretty low key.  We headed back home for dinner.  I had a pot roast in the crock pot. 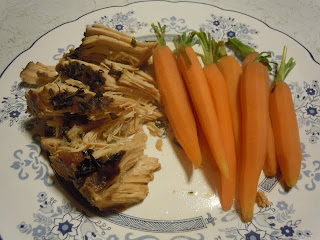 I stopped to smell the flowers… 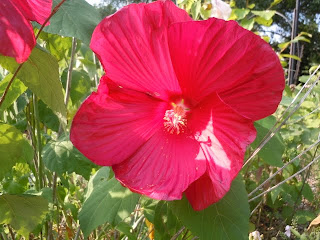 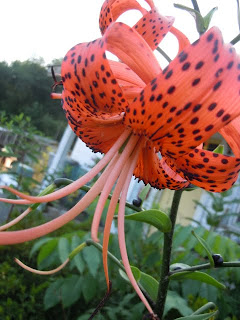 We checked on my garden and ate our firt peice of real food!!! 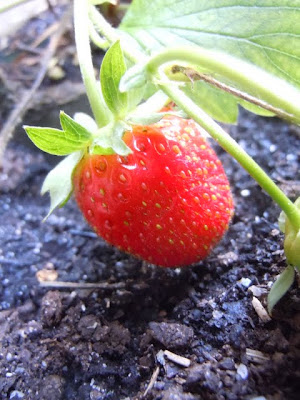 It was the most delicious strawberry ever!  Haha, then we headed out for ice cream!  After all that sweating, I wanted something really cold and refreshing 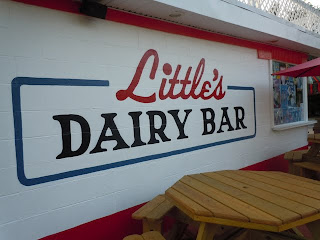 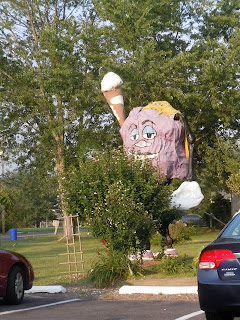 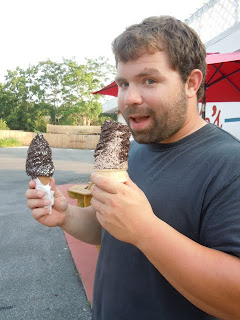 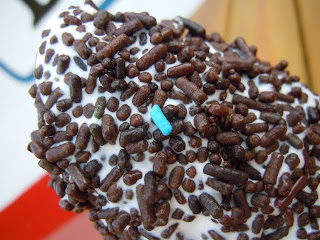 Yes, that is a giant California Raisin next to the ice cream place.  LoL.  Can’t miss it!  And there was an imposter in my jimmies!!!  The rest of the night, Rob spent playing video games.  I uploaded some pictures and then headed out to meet a friend who had had a very long day let’s say.  She needed someone to chat with and it was nice!  That makes for a very sleepy Angela today.  You know I’ve got the Starbucks!  Time to get going on today!!

One thought on “Exercise While Jogging”