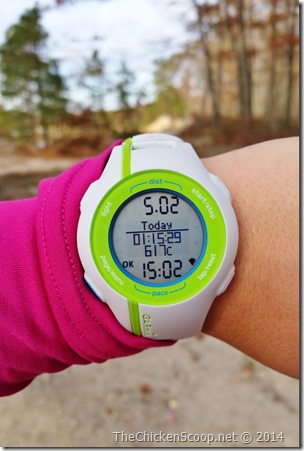 I’m just not into it lately.  I’m exhausted and stressed out (what else is new?) and I don’t want to feel like I have to workout.  I enjoy running unless I feel like I am forcing it and lately it has felt forced.  This weekend, I planned on running for 2 hours and I just didn’t want to.  I was feeling really overwhelmed and I just wanted to stay home and veg.  I blew off my run and felt better for it.

Monday, the weather was beautiful and I felt the itch to move my legs.  Saturday, it had poured all day and Sunday was freezing cold with 20 mph winds.  But Monday was perfect. 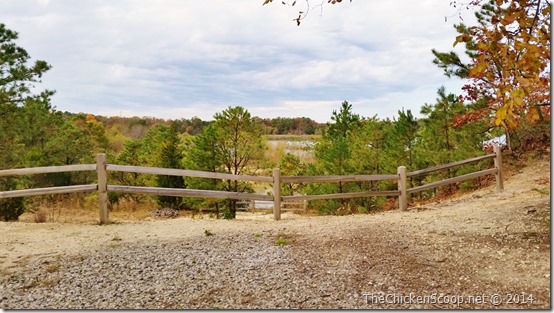 It also worked out nicely that I was able to take a very early train home from school and had a good solid 2 hours before Rob would be home from work.  I was feeling really tired and took a few minutes to lounge around the house before heading out.  The trails were so beautiful, all covered in leaves! 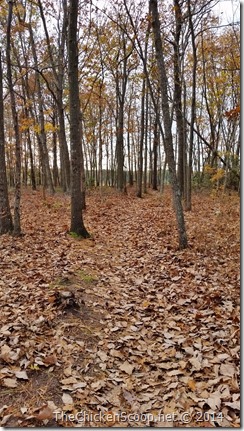 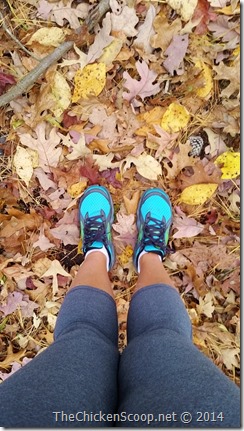 I only tripped about 6 times on logs or broken branches under the leaves…  So it makes it a little more challenging than normal!  I was only about 2 miles in when I realized that 2 hours of running just wasn’t going to happen.  I decided to just keep looping around until I was tired.  Once I got on the last segment, my legs were pretty much done and I was glad it was only a mile to the car.

I started off this run with my intervals set but about 10 minutes in I realized that I would go mad with my watch beeping at me every few minutes (last time, I had music so I barely heard the beeping).  I also remembered that trail running, no matter how flat and “easy”, is a different beast than road running.  Every little sand pit slide and log hop takes extra energy and I would have to expect to have shorter runs and slower paces.

The verdict?  A decent run!  Not much fun really but it wasn’t bad either.  Actually, I took a break to text a friend at about midpoint and I seemed to get my second wind after that.  I think once I let go of reaching a certain distance or time, I enjoyed myself a bit more.  It felt so much better to just run because I wanted to rather than having a goal in mind.

Will this get me in decent enough shape to complete 13.1 miles in less than a month?  I don’t know!  But I would rather spend the next month enjoying my exercise.  Then the excitement of race day should carry me through the first 6 miles.  The excitement of running through my campus will get me through miles 7, 8, and 9.  The it will be pure grit for the last 4.1 miles.  Wow that sounds a little scary but I signed up for it and I will complete it!  I want to at least enjoy most of the journey while I’m at it.

Do you enjoy exercise or do you do it because you feel like you have to?

2 thoughts on “Finding My Running Legs”