Cats Decorating Food
September 2, 2011 by AngelaLeave a Comment on Food Blog 9/2: A Day Off!

I had today off!  I was so excited, especially after the long week I had.  I decided I would sleep in, finally rolling out of bed around 8.  LoL, yes that is an extra 2+ hours for me!  I still had a pretty bad headache when i woke up though that carried over from the day before.  Let’s hope its gone by tomorrow!  I decided I would do my long run Saturday so that meant rest day today so no workout.  Let’s get on with my day!

Rob usually makes me an omelet in the morning but I told him I would handle it myself.  Mushrooms and tomatoes with mozzarella.  Coffee from my french press too.  I also had a slice of whole wheat raisin swirl bread by Pepperidge Farms.  I was so excited to find this!  It still isn’t “clean” but at least its whole wheat.  I gave the rest to my mom today because I had gotten my fill (usually only like a few slices of it!)  Yum! 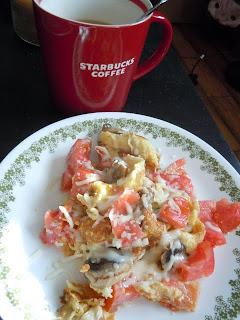 I decided to sit down and play on the computer for a bit and write my blog earlier.  This is always difficult because I tend to find company. 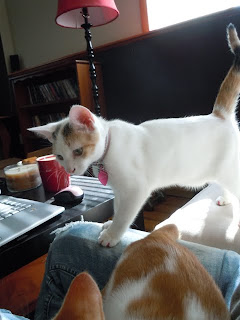 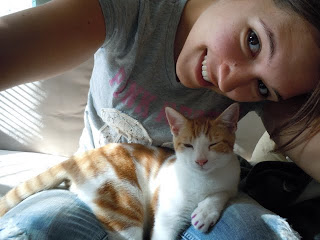 Otto is actually in the same exact spot right now.  He just loves being near me!  I got hungry pretty early (actually around my usual lunch time) and I really wanted oatmeal.  I had made steel cut oats last weekend and decided to heat some up.  I threw in some cinnamon and a banana too. 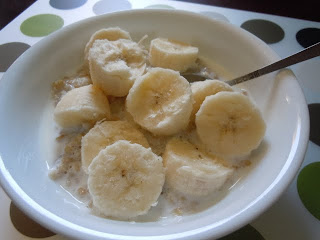 I was still hungry after this about an hour later so I hunted my bare kitchen for something to eat.  Settled on tuna and crackers with some edamame (frozen, heated in microwave). 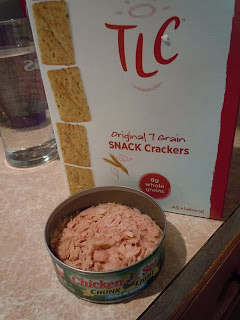 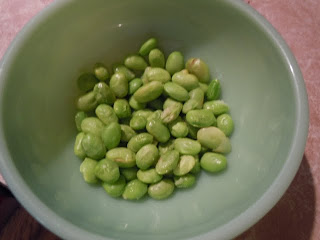 Still hungry so some snacks! 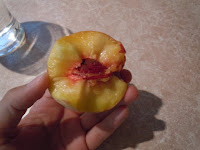 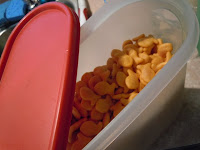 I don’t normally buy goldfish but we got some for the storm to snack on.  Evil little things, you can just eat and eat and eat… I had to put the container back!  I decided I would unpack some boxes that Rob brought home from the storage unit.  I love this man, he brought me heaven!  My toaster oven!!! 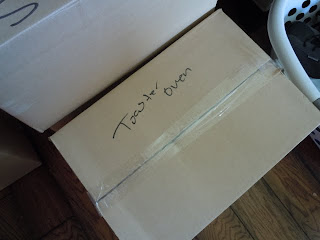 Oh I was so excited, you have no idea.  I immediately made a place for it on the counter 🙂  No picture though, sorry.  Haha!  I also found my cute sign: 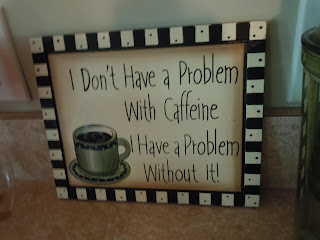 Can’t wait to make my wall o’ coffee mugs.  This will definitely go on it.  I promise pictures will come when its done!  We also hung a magnetic knife holder 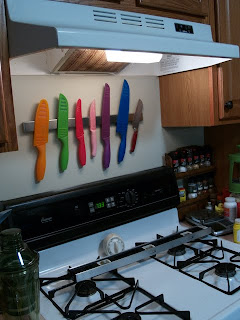 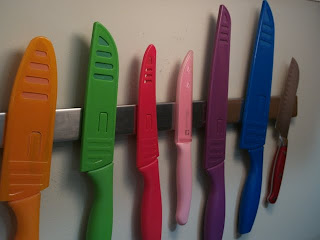 They are still in their sheaths even!  It looks pretty cool!  Doesn’t really match the country style of the kitchen but I don’t care cause I like it!  Otto was helping unpack too 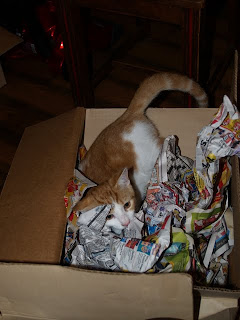 Then it was time for dinner!  A lot of my pictures came out blurry (crappy lighting) so all you get is this beautiful picture. 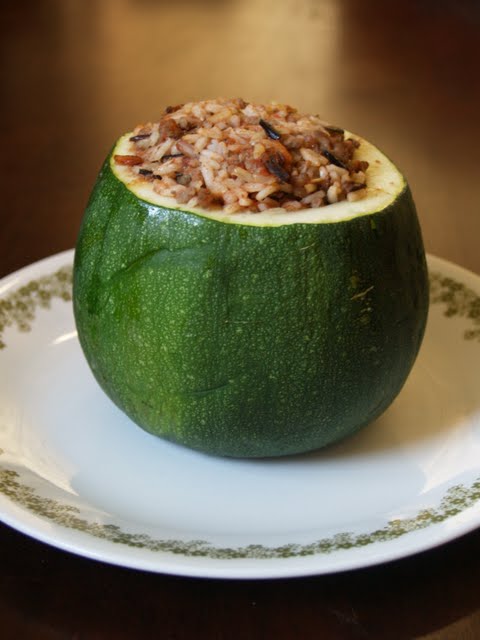 Stuffed zucchini!  I used ground sirloin and rice (with mushrooms in mine).  Pre-cooked everything but the mushrooms and then baked them for about 40 minutes.  I ate only half of mine because I wanted… 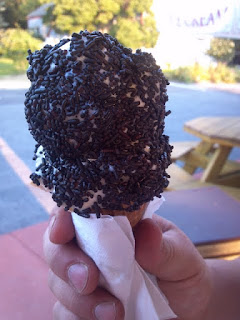 Ice cream!  Fat free frozen yogurt with peanut butter swirl and chocolate jimmies on sugar cone.  I know, so healthy right?  I haven’t had ice cream in weeks which is so abnormal for me in summer!  I wanted this SO BAD.  It was delicious!  Oh, and then I had a beer.  Ok, so maybe only one treat per night.  Note for next time! 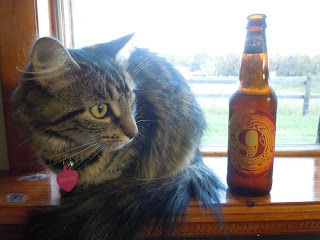 One last thing, Rob is awesome.  He really wanted bacon and we were all out of frozen stuff.  We were at BJs and he came up to me so excited he had found something good! 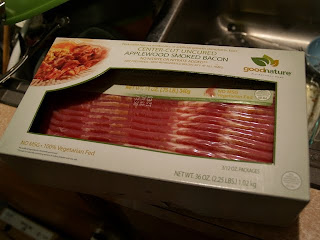 Uncured, nitrite and nitrate free bacon!  It has all natural ingredients!  Can’t wait to try it!!!  Breakfast tomorrow or Sunday.  I mean, bacon!!!  That is clean!!!  It has some sugar in it but I’ll take it over nitrites!!!  I am so glad Rob is so supportive that he finds good products like this.  He is the best 🙂  Overall, a nice relaxing day off leading into 3 more days off!  What more could I ask for?