How to Choose Your Sweetness

***A question came up on a group I participate in on the types of sweeteners that are safe.  Here is a blog I originally wrote on September 2, 2010 on sugars and sugar substitutes!*** 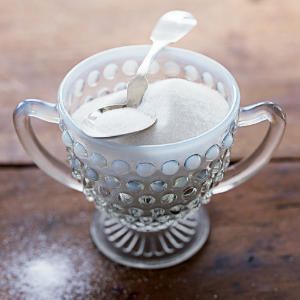 Artificial or Natural, everyone has their favorite sweetener. In the modern world with a Starbucks on every other corner (literally if you have ever walked a few blocks in NYC), we all need something to sweeten that bitter goodness! But seriously, what is the difference between them all beyond the hype that the food companies put on the packaging? Here we go!

Just realized this link no longer works.  It was where I got a lot of info!

Sucralose (Splenda)
Calories: 96 calories for 1 cup
Sweetness: 600xsugar
The Good: Low calories (see above in calories) sweetener. You use so little though that the calories are negligible since its 600 times sweeter than sugar. It has no effect on diabetes unlike regular table sugar.
The Bad: Many claimed side effects but no official “studies” conclusively linking it to anything. Also, the first two components are dextrose and malodextrin, two things I avoid completely!
The Ugly: “According to the book Sweet Deception, sucralose is made when sugar is treated with trityl chloride, acetic anhydride, hydrogen chlorine, thionyl chloride, and methanol in the presence of dimethylformamide, 4-methylmorpholine, toluene, methyl isobutyl ketone, acetic acid, benzyltriethlyammonium chloride, and sodium methoxide, making it unlike anything found in nature. ” (see website above) It is NOT natural folks. It just annoys me that they try to pretend like it is (“its made from sugar!”). 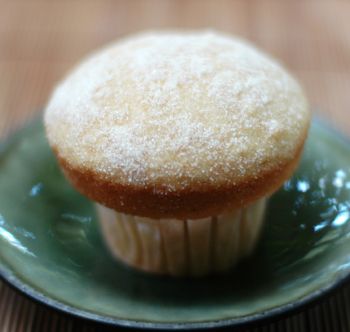 Aspartame (Equal, Nutrasweet)
Calories: 0 for 1 teaspoon
Sweetness: 200xsugar
The Good: 0 calories sweetener. It has no effect on diabetes unlike regular table sugar.
The Bad: Many studies are biased on aspartame, funded by the companies who make aspartame. You can imagine that all these studies say its safe. Hm. Most studies that were independent found that it was UNSAFE to consume aspartame.
The Ugly: From the website above, “aspartame products were the cause of 80% of complaints to the FDA about food additives” including ” headache, dizziness, change in mood, vomiting or nausea, abdominal pain and cramps, change in vision, diarrhea, seizures/convulsions, memory loss, and fatigue. Along with these symptoms, links to aspartame are made for fibromyalgia symptoms, spasms, shooting pains, numbness in your legs, cramps, tinnitus, joint pain, unexplainable depression, anxiety attacks, slurred speech, blurred vision, multiple sclerosis, systemic lupus, and various cancers” A blind study confirmed that headaches could be caused by aspartame. One study found that switching regular soda (with sucrose) with aspartame sweetened did not reduce overall calorie consumption but actually increased it. This brings the theory that drinking beverages sweetened with aspartame actually increases overall hungry, leading to high calorie consumption and possible weight gain. 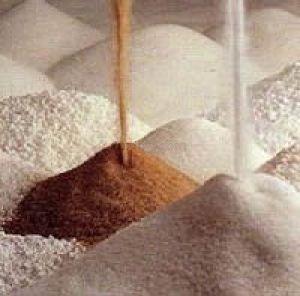 Saccharin (Sweet ‘N Low)
Calories: 0 for 1 teaspoon
Sweetness: 600xsugar
The Good: It has been in use for over 100 years (discovered in 1878)
The Bad: Although studies have found that it may cause stomach and bladder cancer in rats, other studies have found that those results do not translate to humans (doses that caused cancers were higher than any human consumption). The fact that it causes cancer at any level should be a concern. There is no evidence as to whether the chemical builds up in the body and causes problems *over time*. 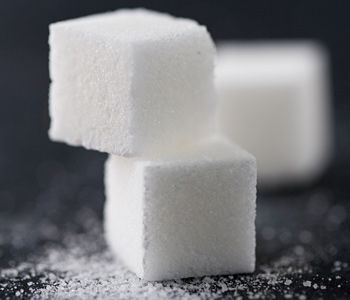 Acesulfame Potassium (Sunnet, SweetOne)
Calories: 0 for 1 teaspoon
Sweetness: 200xsugar
The Good: Um, not really sure. Not a good sign.
The Bad: “The problems surrounding acesulfame K are based on the improper testing and lack of long-term studies.” That’s problem number 1! We don’t really know if its safe or not but they use it anyway!
The Ugly: Ace-K actually contains methylene chloride, a know carcinogen which also causes headaches, depression and mental confusion. Yum!

New sweetener Alert: Neotame, a variation of aspartame that was “quietly” introduced to foods without really informing the public. There are insufficient studies to establish its safety. 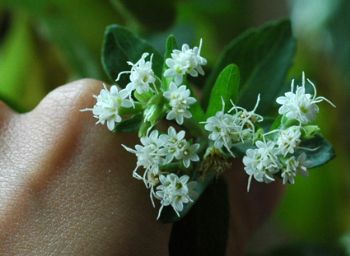 Stevia (Truvia, Reb-A)
Calories: 3.3 for 1 teaspoon (FDA says you can mark it as 0 if it is under 5 calories for a serving)
Sweetness: 300xsugar
The Good: It has been used for centuries in other countries (other than the US). Almost all studies find that stevia is completely harmless with no side effects.
The Bad: The FDA has sited that there is no proof that stevia is safe. Don’t ask me where they get that. Like sucralose and aspartame are proven to be safe or something? Whatever.
The Ugly: Stevia is actually an herd so it is normally a green leafy type thing. That white powder is highly processed. Also, because its so processed it lacks an sort of nutrients, just like table sugar. 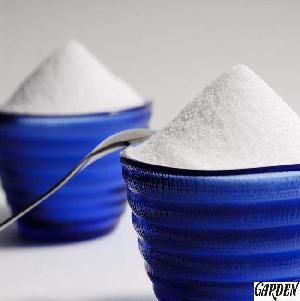 Xylitol
Calories: 9.6 for 1 teaspoon
Sweetness: 1xsugar
The Good: Used as a sugar substitute results in a reduction of tooth decay and is often found in chewing gum and mints. It is found in many fruits and vegetables along with things like oats and mushrooms.
The Bad: Excess consumption can result in stomach issues like belly aches, gas, and bloating. Over time, you’ll get used to it and side effects will go away.
The Ugly: From what I found, it seems that it is pretty hard to extract Xylitol (explains why its so expensive). So it is highly processed. This is generally bad for the environment. 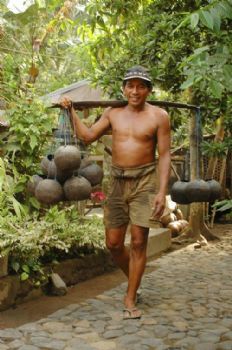 Palm Sugar (Sucrose)
Calories: for 1 teaspoon
Sweetness: 1xsugar
The Good: Its all natural, extracted from the flowers of palm trees in the same way its been done for centuries. It also digests extremely slower, making it have a lower glycemic index. It also has nutrients, unlike table sugar.
The Bad: Its expensive because of the way it is grown and harvested.
The Ugly: I couldn’t find any side effects of palm sugar!
Source: http://www.naturalnews.com/028996_palm_sugar_natural_sweetener.html

Sugar (chemical name Sucrose)
Calories: 16 for 1 teaspoon
Sweetness: 1xsugar
The Good: Natural
The Bad: Lack of nutrients
The Ugly: HELLO sugar crash! Bad for diabetics.
No source of this one. Its all from experience there! LoL 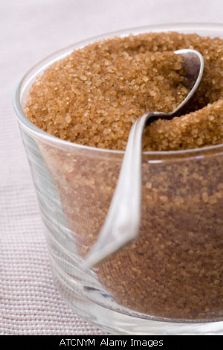 Raw Sugar
Calories: 20 for 1 teaspoon
Sweetness: 1xsugar
The Good: It has the natural nutrients and vitamins that are stripped from processed table sugar.
The Bad: see sugar
The Ugly: see sugar

Ok, so now that that took me all day, I’m going to leave honey verses agave nectar for another day. Time to go spend the rest of the night with the hubby! FYI, I have used sugar, raw sugar, and stevia. I don’t eat much sweet stuff so I generally just use sugar. I also don’t have diabetes. I steer totally clear of all the artificial stuff! It sounds like saccharin is iffy, and stevia and sugar are ok. My biggest issue is not the sugar itself. I don’t think sugar is bad for you. I think that people eat way too HUGE amounts of sugar nowadays. THAT is the problem. We all need to get our sweet tooth under control!!!

So what do you use? Do you enjoy artifical sweeteners? Do you just use sugar? Will you switch after reading this?

One thought on “How to Choose Your Sweetness”