Things have been pretty boring around here which is why you’ve been getting a lot of health blogs and nothing else!  We do have one new project going on though.  Rob decided to start a garden this year!

Where we live (New Jersey), you can start your plants from April-June.  Rob wanted to try to have squash and pumpkin for Halloween so he started some plants the 3rd week of June and they blew up. 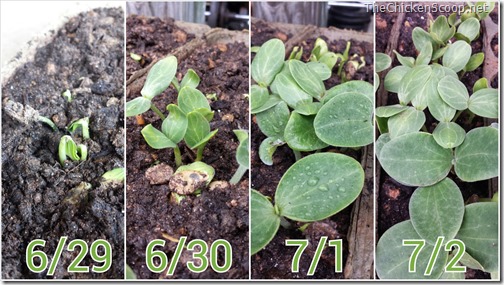 He has probably over 100 plants going right now.  Since our squash, watermelon, and pumpkins were doing so well, we picked up some more seed packets while we were at the store including peppers, cauliflower, radishes, and a few others.  We also planted some seeds from a cantaloupe we ate and those are doing great also.  So it looks like we are going to bombarded with food come September and October!

Besides all the delicious food plants we have going, our flower garden is looking great also. 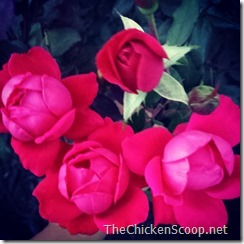 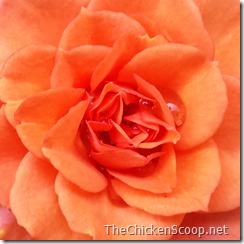 We even managed to revive a rose bush that was down to just one stick.  It even bloomed but we snipped it off because we want the plant to work on healing and not making pretty flowers (which take lots of its energy).

So while we’re over here at “The Chicken Scoop”, we might not have any chickens right now, we do have a decent garden going!  Hopefully I will remember to update you all on it too.  I don’t really have any helpful tips for gardening.  We bought the rose bushes at the store and just planted them.  Water every day.  When it comes to the food plants, we just planted seeds we saved or bought and watered every day.  It’s that simple!

Today, I woke up late but let that be no excuse to skip my run (“But its too hot! I should have run earlier!”).  Before I knew it, I had my running gear on and was getting ready to head out.  Luckily I’m not hungry in the morning so I can run before I eat without any problems as long as I keep it under 45 minutes.

It was a good run!  I did my own intervals by just walking/running whenever I felt ready and just made sure to push the lap button on my watch every time I switched to keep track.  I haven’t looked at the data yet, but I think I was averaging around 2 minutes for jogs and 1 minute for walks.  I’m just doing my own thing right now, but maybe I will make a more concrete plan once I know where I’m at.  Just getting a good baseline!

Another bonus was that I’m already at almost 5000 steps.  My daily goal of 8000 should be a piece of cake now, right?  Well, only if I don’t sit on my lazy butt the rest of the day.  Speaking of which, its time to get into my work.  Happy Monday!