Rob and I have a small obsession with Irish Pubs.  I’ve always liked the laid back atmosphere of them and since Rob joined rugby, everything has been Ireland related (the team president lived there for like 10 years!).  After going to the country itself, it just solidified my love for everything Irish.  So when my friend at school who is from another country told me that he didn’t even know what a pub was, I just knew we had to find a good local one! 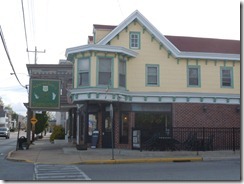 I found one online that is owned by an Ireland native and knew I wanted to try it!  We agreed to go check it out and I was very happy with it!  We passed it at first and then decided to go around the block to look for parking though.  Worst idea ever!   A bunch of one way streets going the wrong way but we finally go back around and parked on the main drag in Smyrna, DE, a cute old historic town near Dover.  (pub photo—>) 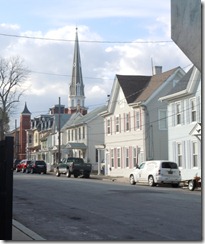 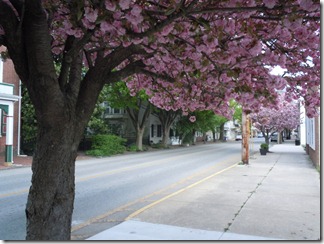 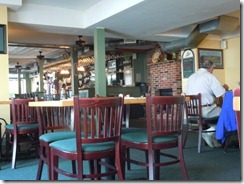 The inside was exactly like I expected and somewhat similar to the pub we like in Philadelphia (The Bards).  When we got there, there was only 1 other table but the place filled up by the time we left.  It was a much older crowd (er, 60s & 70s) though but they were a rowdy bunch! 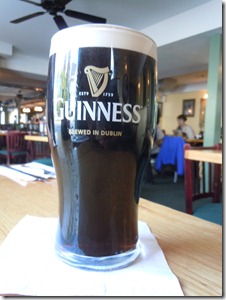 We of course had to start off with a Guinness as a test!  I didn’t see him pour it but it took a little bit and had a nice head so I’m assuming the bar tender knows what he’s doing

Then we both ordered dinner, both sticking with traditional dishes.  I got the stew and it was amazing!!! 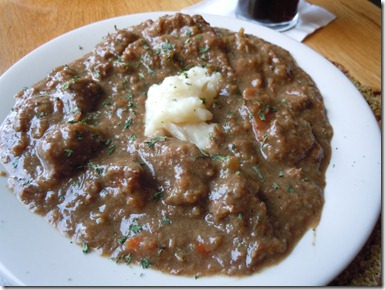 Even the mashed potatoes were awesome.  I didn’t leave a single thing in the bowl!  Also on the menu were “Boxty’s” which are an Irish potato pancake that you get stuff on top of.  I will have to try them next time I go!!

Overall, I would give this place 5 huge starts!  The atmosphere was quiet but not awkward or stuffy and even with the older crowd, it still had a nice vibe to it.  I might need to check it out on a weekend night too.  The town is about 10 minutes outside of Dover and parking was along the street.  We were easily able to find a spot and walk.  And the food was just phenomenal.  This has now because my #1 eatery in the Dover area! 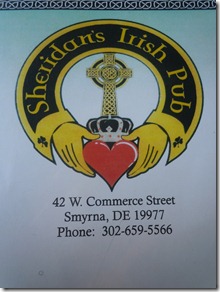 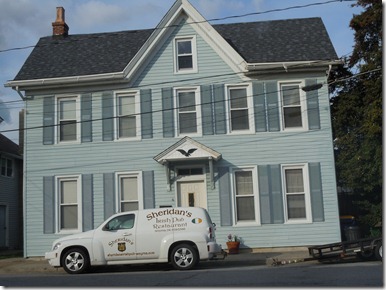 (They had their own car, teehee)