I have so much to talk about from this past weekend and so many pictures to share!  It seriously is crunch time for school though and cannot spend the next 5 hours composing blogs.  Sadly, this means I can’t tell you guys everything that happened yet but I did want to talk about the actual race.

This was the first year for the Nike Women’s Half Marathon in DC.  I was totally unprepared for it as my training was pretty crappy and I maxed out at 6 miles.  My plan though was to run/walk and just finish.  I was also worried because my sister and I did a lot of walking the 2 days prior to the race.  Would my legs be able to handle it? 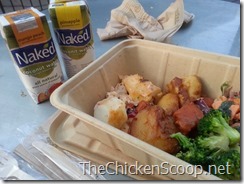 I made sure to have a decent dinner the night before, packed full of Paleo foods.  Most people say to avoid veggies and eat wheat products (carbs) instead the night before to avoid stomach issues but I find this to be the opposite for me!  I also chugged a few coconut waters for their potassium to avoid any cramping issues. 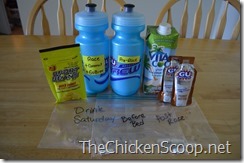 I had all the rest of my race-centric fueling planned out and packed ahead of time.  I made sure to pre-mix everything otherwise the Gu Brew tablets would fizz right out of my water bottles!  I also skipped the Gu packets and used apple sauce instead.  So much better!

The morning of the race, I wasn’t feeling so hot, so I had 2 eggs whites an 3/4 of a banana.  Not much food but I still felt full from a late dinner so I figured it would be ok.  I had no race jitters either which is strange for me. 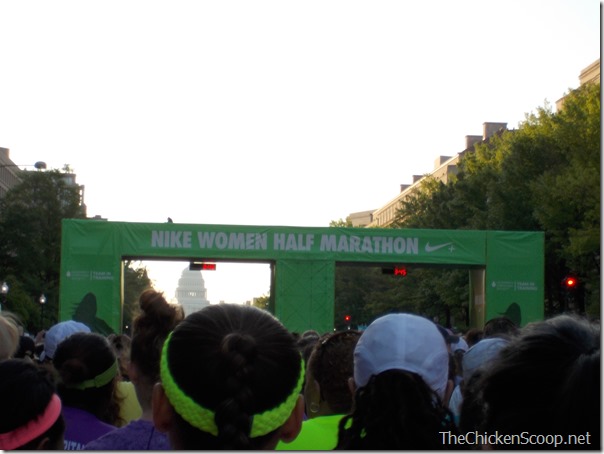 The start line was already tons of fun.  Everyone was happy, chatty, and friendly.  All so excited to do this race for the first time!  They had a “warm up” before the race too which was basically a mini dance party.  Such fun.  This race just had such a great vibe to it!

Finally, we were off and the fun kept going.  There were about 15,000 runners so you were never really alone on this course.  I think it was just the right size, not too big or small.  The fun continued through the race.  It got really loud in this tunnel because everyone was screaming and having fun and there was a band playing with strobe lights. 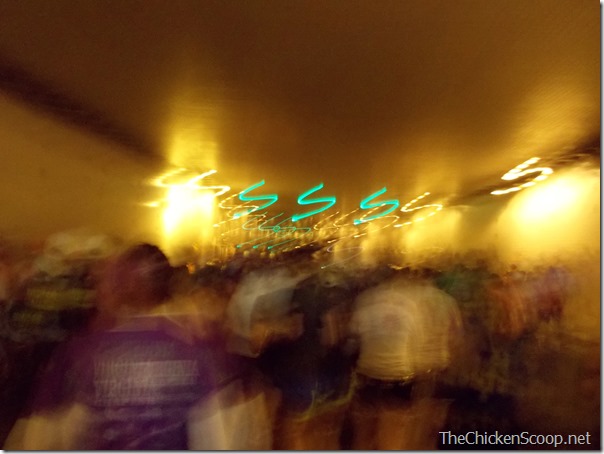 This race basically just looped you around all the “sites” of the city (verses Rock’n’Roll DC which takes you through the various neighborhoods). 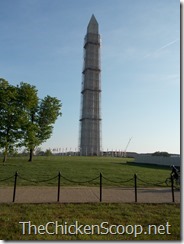 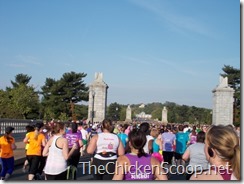 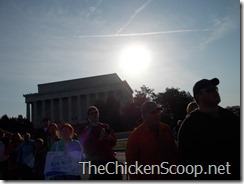 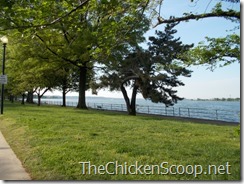 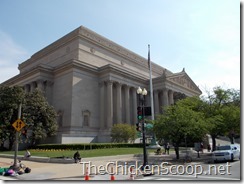 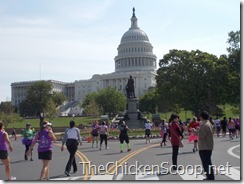 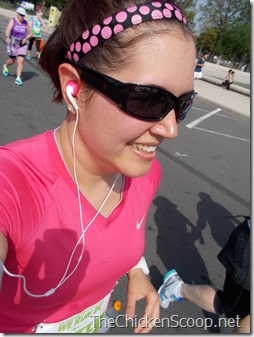 So how did it go?  Well, it was great!  I actually felt fine with my 4 minute run/1 minute walk pacing for basically 8 or 9 miles.  Around mile 9 though, I got some stomach cramping that really slowed me down.  I ended up walking a lot because it hurt to run.  Then, after the stomach thing was gone (around mile 11), I was too darn tired to run much.  Ha!  I was still happy and having a good time though. 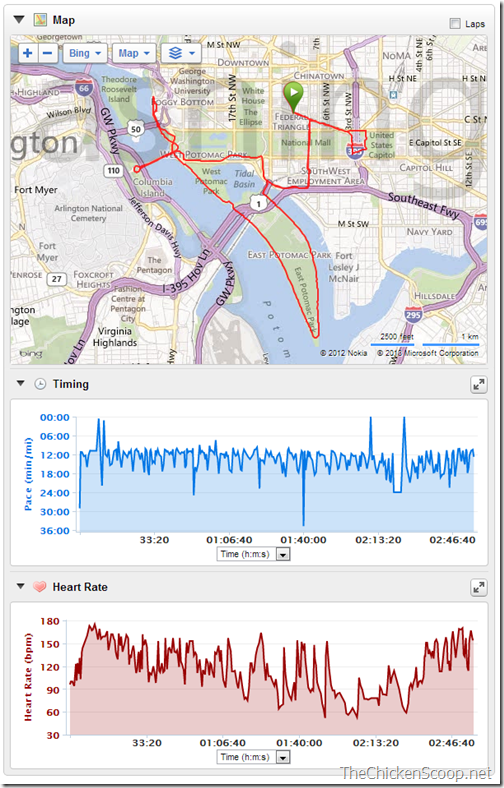 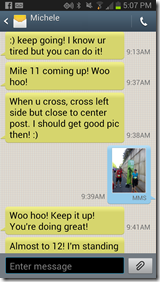 At this point, my sister was also sending me motivational text messages which were super cute.  I also didn’t realize how much my music was helping me.  Around mile 11, it stopped working and took me a good 5 minutes to fix it.  Sometimes it drops out so I walked/ran for a few minutes without music (thinking it would come back on) and I was so miserable.  Well, now I know that music really does help me!

Finally, I passed by the Capitol Building and was on the home stretch.  I just kept thinking about that Tiffany Necklace waiting for me at the end.  That is some serious motivation!  After about 3 hours, I crossed the finish line and got my reward! 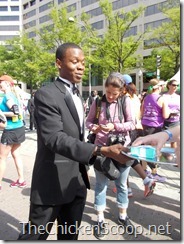 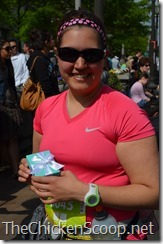 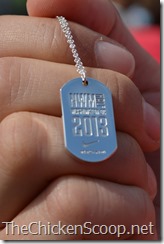 I was pretty much toast after this but so elated with everything!  I really think this might have been my favorite half marathon yet.  I’m so glad I had the chance to run it! 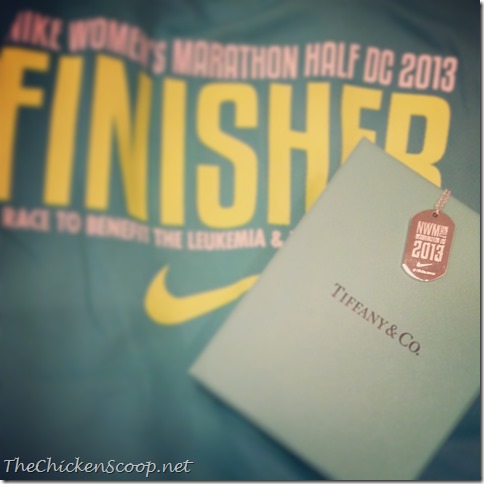 I will have a more thorough recap of all the weekend’s events later this week or early next week.  There was lots of fun to be had!  But now, its study time!