Orienting Myself in Chicago 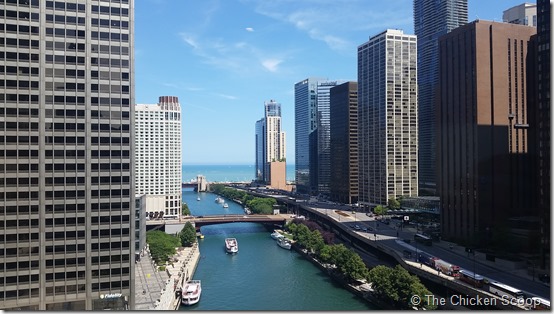 Hello everyone!  Last week was crazy.  I mentioned a new job and a big move to Chicago.  My company wanted me to come out ASAP to attend orientation so I got to spend a little time in the area last week!

The flight out was easy, no travel hiccups.  I arrived midafternoon at the Westin Hotel in Lombard.  The room was simple but cozy and comfy.

The first night, I took some time to workout since I wasn’t hungry yet.  I had packed Focus T25 and my resistance band so it was easy to get something in.  Sadly, this would be the only workout I got in all week!  There was plenty of space for it though! 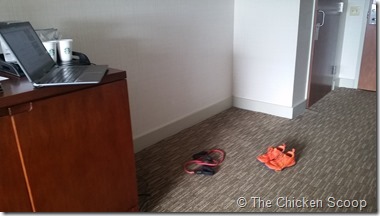 I headed down to one of the hotel’s restaurants for dinner.  Everything was super expensive.  You could order from either restaurant wherever you sat but it was still pricey no matter what.  I got a burger but it was still an easy $18 after toppings.  I thought it would be cheaper since we were in the suburbs. 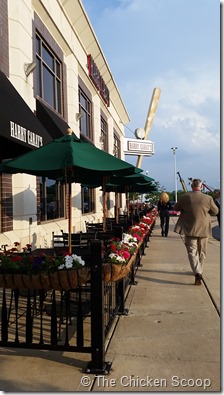 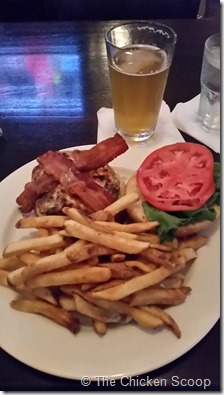 Then I just went back upstairs to my room to prep for the first day of New Employee Orientation (NEO).  For this trip, I bought some new work clothes so that I could be ready to go (and everything would fit well!).  I had fun making outfits all week. 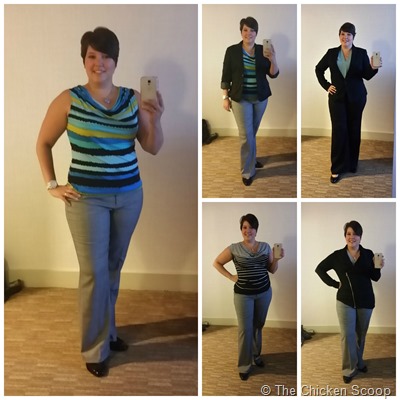 This hotel doesn’t include breakfast but our company upgraded us so we had access to the lounge and continental breakfast.  The best part was the coffee maker which ground and brewed each cup of Starbucks coffee fresh.  Not bad for a buffet! 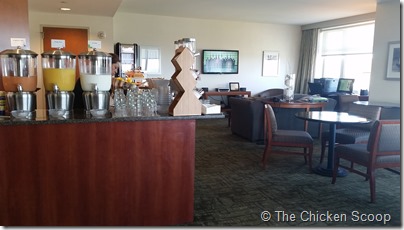 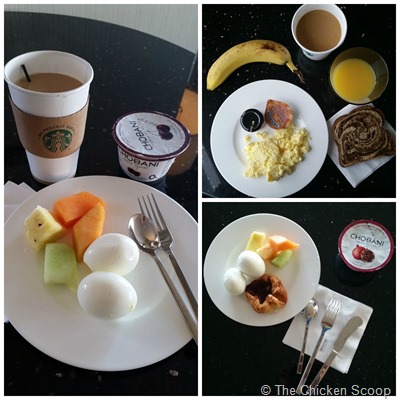 There were 4 new employees there for NEO and we all hit it off.  It was me (an Application Trainer), two support engineers, and a salesman.  We decided to all get dinner together that night.  We had drinks at the bar and then went to the hotel restaurant.  I had the most amazing seafood risotto.  Pricey but totally worth it! 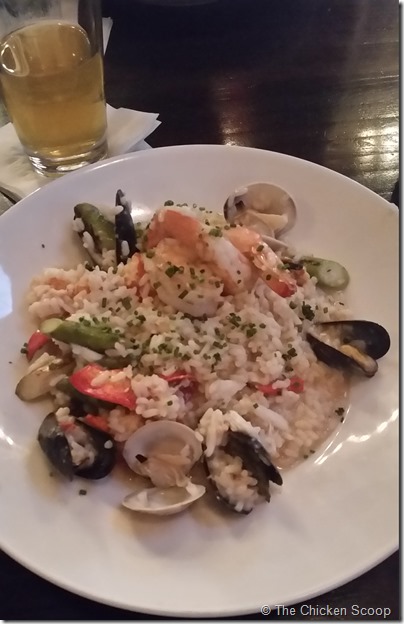 The next day was exciting for NEO, as we were heading to the downtown office where I’ll be working full time.  The normal training is at their office in the suburbs.  We had lunch at this restaurant in the Chicago Tribune building.  It was a perfect day for it! 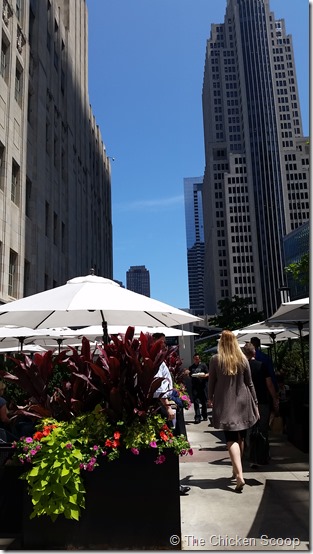 We headed up to the office and did some training and got a tour of the office.  The view from the lunch room and conference rooms is amazing.

I also found a desk with my name on it!  Woohoo!  After orientation, we stayed downtown so we could have drinks and head to dinner.  Luckily, one of the guys in our group was from Chicago and knew exactly where to go.  First, we hit the Billy Goat Tavern since it was close to the building.  Apparently, its famous. 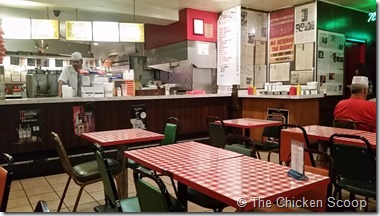 We started at Farmhouse which had the most amazing cheese curds.  Also, everyone was local and fresh made (even the ketchup) 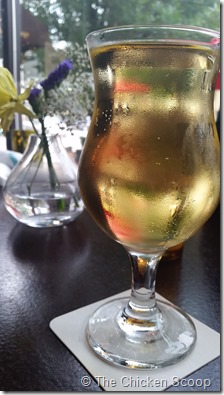 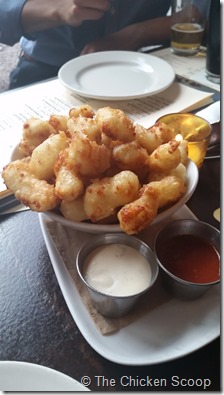 The owner sent over a round of drinks because our coworker was once a regular. 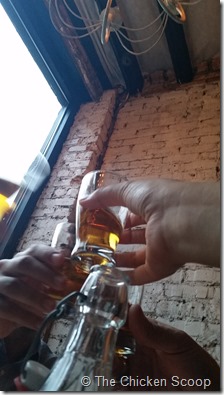 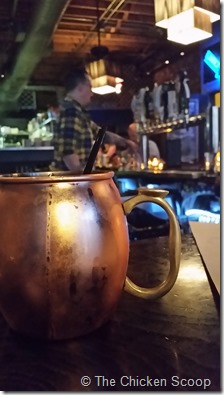 Next, we headed to a new restaurant called The Dawson.  We had drinks and an awesome dinner.  We sat out on their new patio.  It was the perfect night for it! 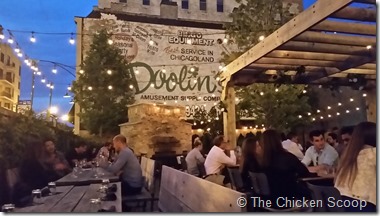 After dinner, it was time to head back to the hotel.  Thursday night was a bit quieter.  We stayed near the hotel this time, taking the shuttle to the mall across the street.  Sushi for dinner and then bed early since it was travel home the next day!  Friday was just a travel day.  My flight ran 2 hours late so I was happy when I finally arrived home.

This post was getting too long so I’ll end there!  I’m back in Chicago already, can you believe it?!  Lots more fun posts coming soon!

6 thoughts on “Orienting Myself in Chicago”