This weekend, Rod and I had absolutely no plans at all.  It was Rob’s birthday on Saturday so I left it up to him what we would do.  On Saturday, I had made plans with his parents to go out to dinner but Rob decided he wanted to stay in and cook dinner himself.  He likes to make pasta and his mom had never had homemade pasta so that’s what we did!  Sadly, I didn’t take any pictures of dinner but it was delicious.  Here is Rob and his parents though!

I got Rob a couple of things for his birthday.  Little projects that I found at the book store.  The first present was steel cut into little shapes that you assemble into a model.  They had planes, boats, historic places; I got him the tractor.  I also got him a soda can robot that he assembled immediately.  I guess he approves! 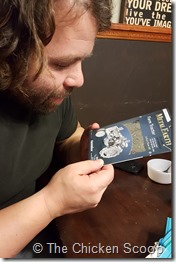 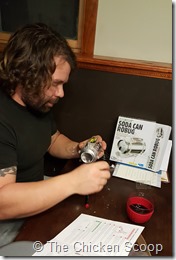 Sunday, we woke up with no plans and Rob decided he wanted to go to Philly for the day.  We texted some friends and met them in Old City, where all the historic sites are like the Liberty Bell and Independence Hall.  I had never been to see the Liberty Bell before so we decided to stand in line since it was free that day (yay for winter!). 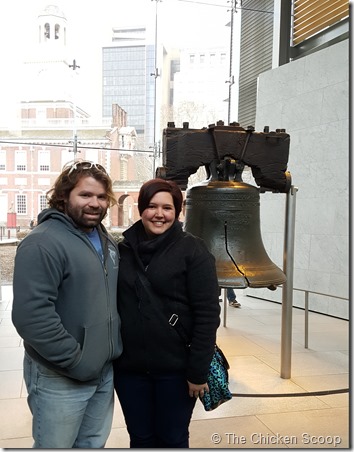 Next, we headed over to Independence Hall – the place where the Declaration of Independence and the Constitution were written! 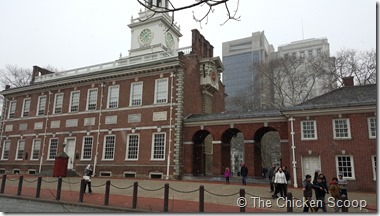 There was quite the line to get in but it went rather quickly and we got to spend time with our friends chatting.  The tour is guided inside the building and they show you the two main rooms of the building but nothing more.  I was a little bummed.  I prefer self-guided things.  They rushed us through this entryway but I stopped and snapped a picture when I had a chance.  I would have liked to linger more. 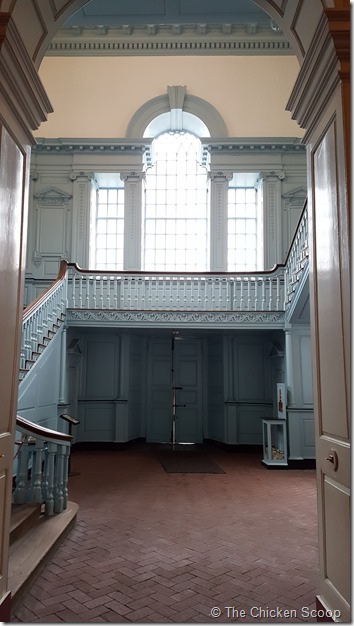 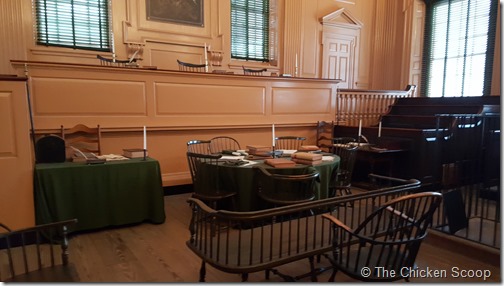 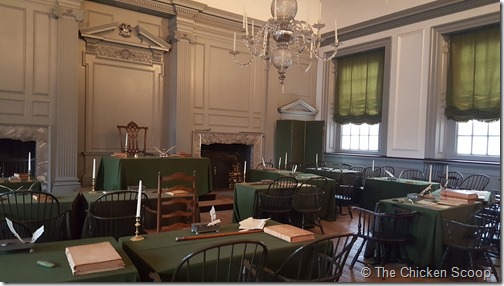 The Meeting Hall – George Washington sat in that chair in the front!

We had planned to keep walking but it was really starting to snow so we found a restaurant on Google Maps called Jones, that was back toward the car.  It was described as “Comfort Food” so we thought it sounded good!  The place was packed and there was a short wait but it went quickly. 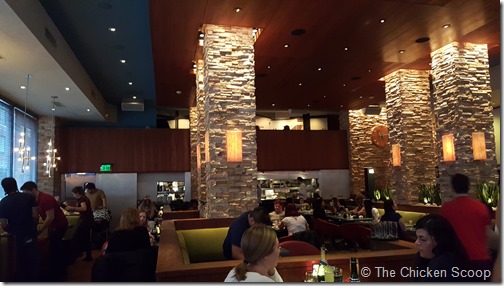 The food was pretty good though a little pricey (for brunch food).  I guess that is expected in the city.  I got a turkey burger, which I thought was fantastic.  Rob wasn’t impressed with his mac and cheese though. 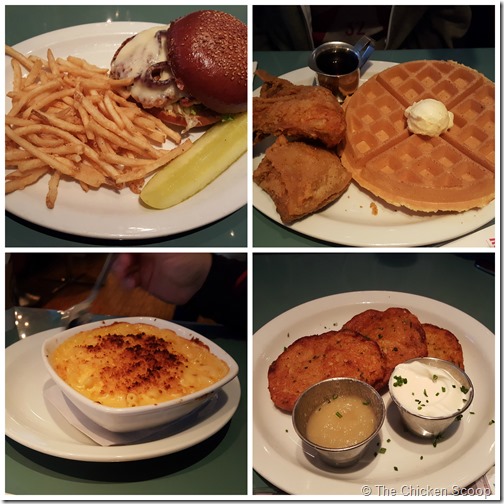 Rob was worried he might get called into work later so we decided we should head back toward home.  On the way though, our other friends texted us about being in Philly, having seen it on Instagram.  We have to drive past them to get home and they invited us out for pizza just as we were going by.  We hadn’t seen them in a while so we met them at Bruni’s in Hammonton, NJ and OMG the pizza was fantastic! 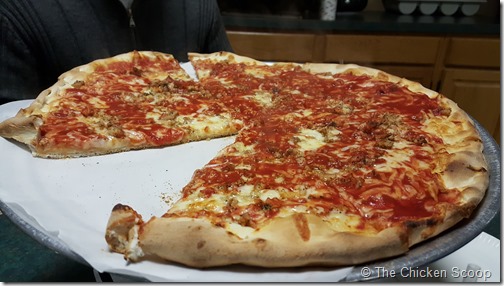 I will drive the 30 minutes just to get this pizza again.  We are meeting up with these same friends on Friday and we are debating on having them stop to get it on the way.  Definitely a great place to eat!

That was it for the night so we headed home and to bed!  The snow we got ended up being really pretty and didn’t stick to the road at all. 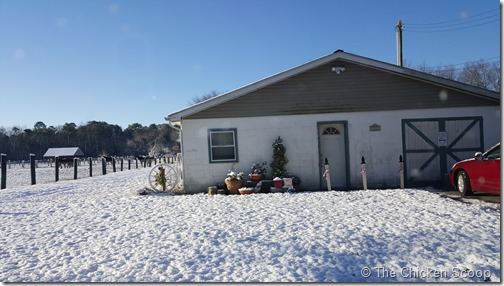 Rob also had off yesterday and today.  He joined me at the gym in the morning yesterday and we did more circuits.  I like circuits better because I can go at my own speed without holding the class up or feeling in the way.  Look for my workout recap post later today.

We spent the rest of the day grocery shopping and meal planning.  We tried out our new FoodSaver that we got on clearance at Bed Bath and Beyond.  I am already in love with it! 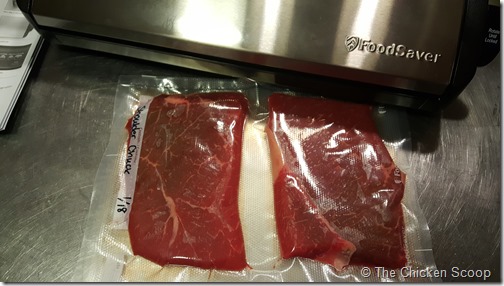 Our freezer is so much more organized now and we made an inventory of everything we have. 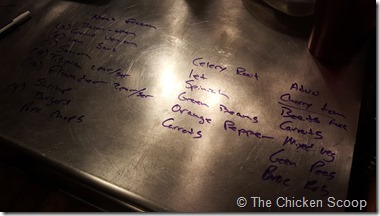 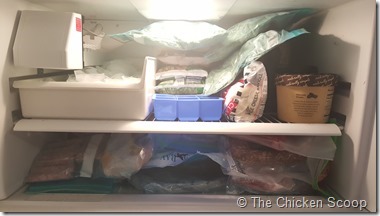 Then we made a meal plan for the next week so we could use up some things.  So that was our exciting weekend!  Rob is off today for a dentist appointment so no major plans today.  I have some things I want to get done but nothing pressing.  Maybe I’ll just sit around reading my book for the rest of the day

Anyway, off to write my workout recap, if I can remember it all!

Do you like lazy weekends or do you keep yourself busy?

Rob and I try to stay home but it never happens.  We get too bored.  We didn’t even make it a whole cup of coffee on Sunday!  I can home to it still sitting on the counter.  Haha