Happy Thanksgiving!!  This morning didn’t start off so well.  Rob and I had a 5K at 8:30 amd I rolled over to see my clock said 7:30.  EEK!  I wanted to be there by 7:30 because I remembered that last year at this same race, the packet pick up line was insane.  We rushed to get ready, I ate half a Cliff bar, and we headed out the door.  It was cold!!!  But ended up being beautiful out 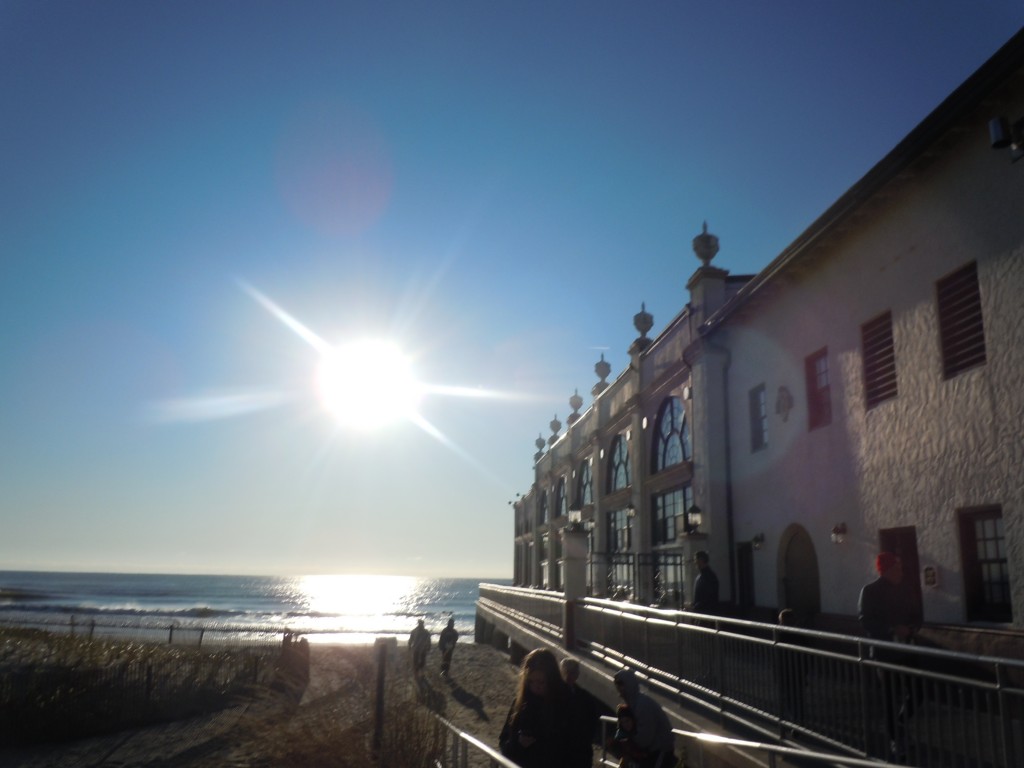 It was really cold waiting in line and they had to delay the start.  I don’t know what was going on but they took forever giving out bibs.  Anyway, once we got all our stuff, we were able to hang around a bit before the race started.  Lauren was running along with some of her people (sister, boyfriend, etc.).  I don’t have a picture of all of us and I’m too impatient to wait to write my blog!  LoL 🙂  Also, it was Rob’s very first 5K!  I know!!!  All those runs he has watched me and taken photos and he has never run one! 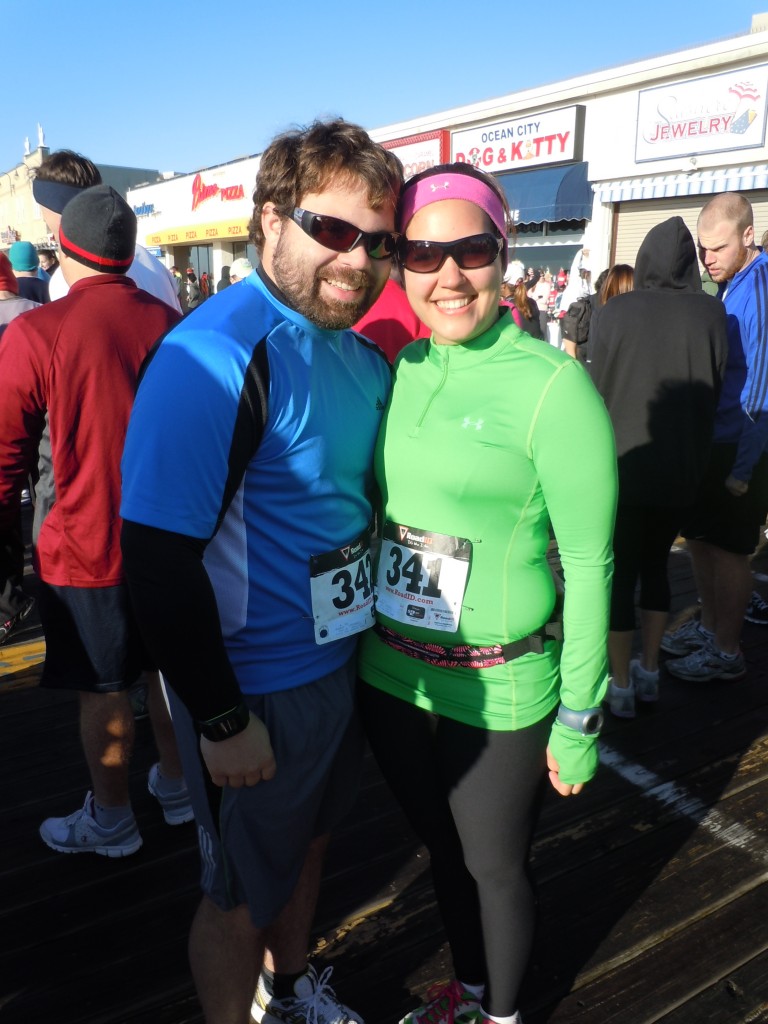 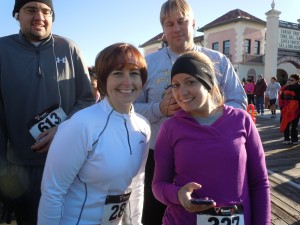 I stayed with Lauren for the run.  I decided that I wanted to do whatever she wanted to do.  LOL.  He sister is rather speedy and I knew Rob was excited to run fast today. 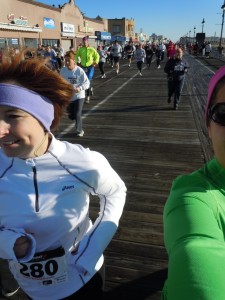 Here is my sad attempt at taking a picture of us while jogging.  Haha!  So that didn’t work.  While we were running, we saw the cutest little kid but he was breathing pretty bad and having a rough time.  I think he was more upset being alone than anything.  His shoe came untied.  I told him it was and asked him if he needed me to tie it.  His teary eyes looked all pouty as he shook his head yes.  So I had a little pit stop tying a child’s shoe.  Luckily he eventually ran into his parent (going the other way so way ahead of us) and was feeling better then.  I am glad he found someone he knew!  Anyway, I really felt good during this run.  My legs felt great and my pace felt good.  It was really cold though and I think it was bothering Lauren but otherwise, we did great!  According to my Garmin, we did 3.16 miles in 31:38!!!  Awesome time considering I haven’t been training!  According to the finish line clock it was 31:46… But wait!  We were standing in line and hadn’t yet crossed the finish line.  That’s right, it was so disorganized that there was a line to cross the finish line into the shoot.  It added a good 2 minutes to our time at least and people were jumping in line.  Ugh!  Only important if you are in the top places which we weren’t but still.

I really like doing this race because its for the Humane Society but they need to do something different for next year or they will loose a lot of runners!  And as for Rob, he had a great pace and then got a calf cramp!  Ended up finishing in just over 30 minutes.  Still awesome for his first race! 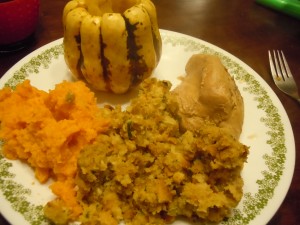 The rest of our Thanksgiving was just spent lounging around really.  We decided to just stay home.  We weren’t going to cook but the grocery store was empty (Starbucks is next door and we stopped).  We decided to stop in and see what we could get.  I ended up making a turkey breast in the crock pot, mashed sweet potatoes, Stove Top stuffing, and some Sweet Dumpling squash.  Pretty good!

The kitties spent the entire day doing one thing… 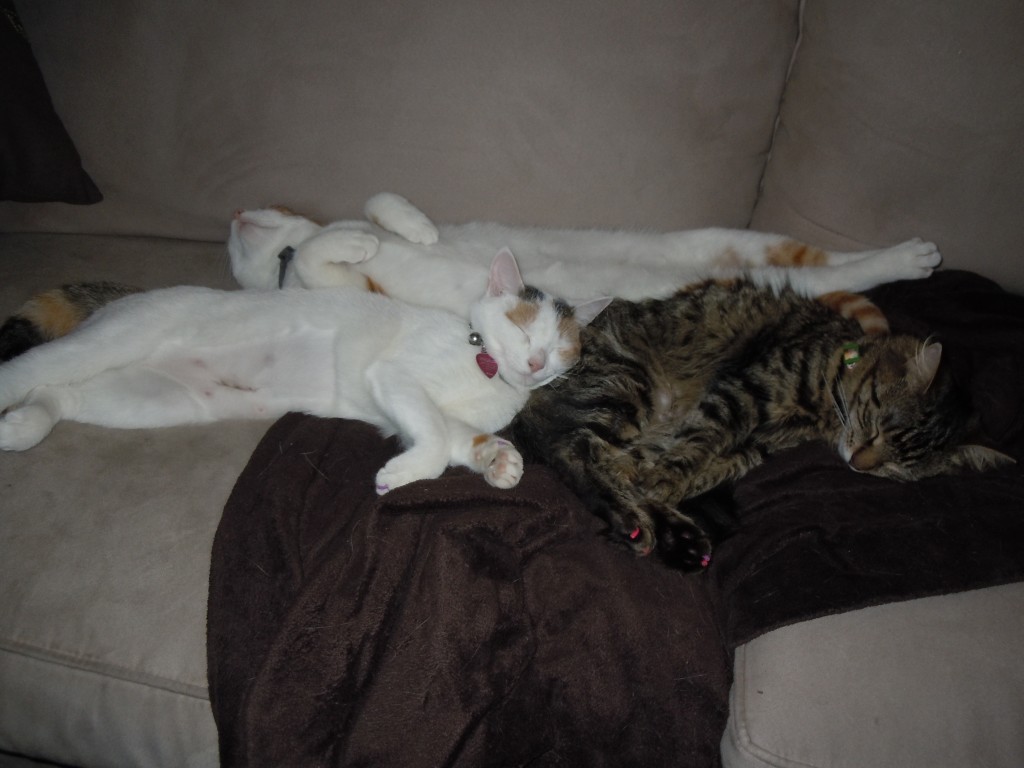 Lazy little things!!!  Rob and I are cleaning off the DVR now.  Tomorrow, we plan on staying home all day and cleaning.  It is pretty messy in here.  Haven’t had time to organize lately!  Then I have to work on a project for one of my classes.

I never wrote how I felt about the race today!  I felt GREAT ru nning today!  I felt like I could have run another 2 miles at least!  I am debating on running tomorrow depending on how I feel in the morning.  I can’t wait to get back into a normal running routine.  At least I haven’t lost too much stamina.  Can’t wait for my run this weekend!

That’s it for today.  I hope you all had a great Thanksgiving!!