Happy Hump Day!  Yesterday, I spent most of the day running around to doctors appointments.  I need to fill out some paperwork for school and it is crazy all the stuff they need.  For example, they now require Chicken Pox immunization.  How crazy is that?!  Now, I had it when I was little so you’d think I’d be free and clear?  No, I had to get a blood test to prove it.  Hopefully I have the antibodies or I have to get the shots.  Ugh!

So that was pretty much my day yesterday.  I hardly got work done because by the time I was done running around, Rob was home.  I planned on working out while he was at rugby practice but my sister called and was on her way over with a half dozen cupcakes from a local place, Simply Sweet Cupcakes, that won Cupcake Wars this year.  How can I say no?? 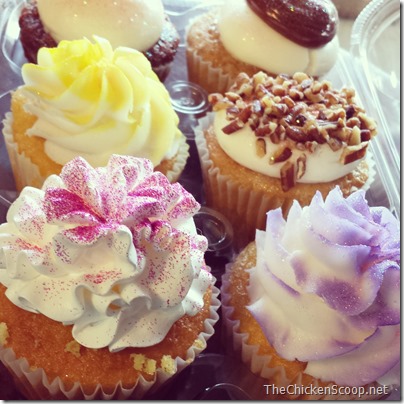 We split them with my parents so we all had about 1.5 cupcakes – much better than just eating them all ourselves!  The vanilla was pretty… vanilla.  LoL.  It wasn’t anything special (unlike the AMAZING vanilla cupcake from Sprinkles in Georgetown).  My favorites this time were the Lemon Raspberry and the Carrot Cake.  Though the Butter Pecan was pretty darn good too! 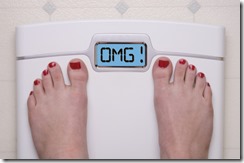 So why not let you know, right after talking about all the cupcakes I ate, that I weighed in at 170lbs the other day.  I also took my body fat and according to my scale, it is 42% (lower body) and 34.6% from my handheld (upper body).  Those numbers are bad.  Like really bad.  I can’t keep watching these numbers go up.

So… I’m back to tracking my food…

Yes, I keep going back and forth on this and had planned a nice, relaxed month for July but after seeing that 170 (up from 166 last month, and up from 160 since May), I had to be honest with myself and tracked a few days – It was not pretty.  I just have to accept that tracking is a must right now, no matter how much I dislike doing it. 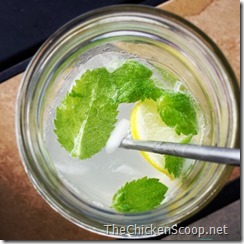 Otherwise, I’m still trying to stick to the same rules.  Exercise every other day at least.  Eat healthy foods.  Move during the day.

I’ve also been doing much better with hydration since I bought some flavored sparkling water.  I also add fresh mint from the garden and a lemon slice if I please.  Who knew that making it taste like something would make me drink more??  My latest obsession is the black cherry flavored one.  The kind I bought (by Schweppes) is just carbonated water and flavoring so no artificial sweetener or calories.

Finally, I ran again today!  All.By.Myself.  I woke up cranky and determined not to go.  Then I convinced myself to just put on my running gear so if I wanted to go later, I was already ready.  By the time I was dressed, I was just like “oh just go now and get it over with” and off I went!  It took me almost the same exact amount of time today (difference of 3 seconds) as it did Monday (same route though my watch gave me an extra 0.04 miles – I zigzagged differently?).  My first run segment though was 7 minutes!  Woah!  But then the rest slowly got shorter.  LoL, I think the heat was finally setting in.

Now, I’m just resisting the urge to run every day.  I should do my circuits in between but I just love this morning run thing!  Oh, speaking of which, I never posted my latest strength workout here.  It is a little intense and made me sore for days but I know my body will adapt if I start to do it regularly.  It is total body too so if you plan on doing it multiple times per week, go easy on the weight.  Click on the photo to go to my Pinterest Pin of it!  I should have named it “Angela’s Crazy Eights” or something fun but I was too tired to do think that day. 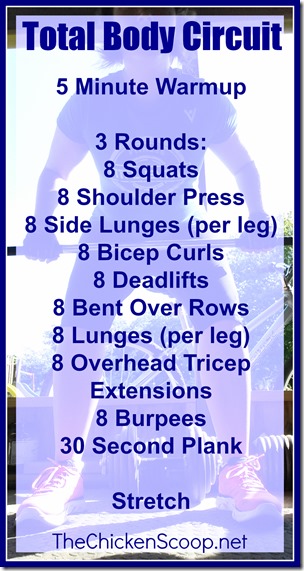 Ok, enough babbling today.  I just had a lot to talk about I guess?  Even though I didn’t think I did?  No major plans for today.  I have to work through some difficult mathematics if my cats decide to leave me alone long enough to get it done.  Maybe today is a good day to head to the bookstore for such work!  I hope you are all having a great week!

Do you have trouble varying your workouts when you find one you love?

9 thoughts on “Working Off Cupcakes”