It is done!  Rob and I drove the 12+ hours to Chicago last Thursday and Friday so I could be settled and work without having to stay in hotels constantly.  Over the weekend before, I had a few get-togethers with friends and family to say goodbye.  I will see them when I come home but it isn’t the same as living down the street (or across the drive like my parents are).  It was nice to see everyone!

Anyway, we drove for a few hours Thursday night and just stopped at a hotel on the highway when we got tired.  We drove as long as we could with the sunlight which made things easier too. 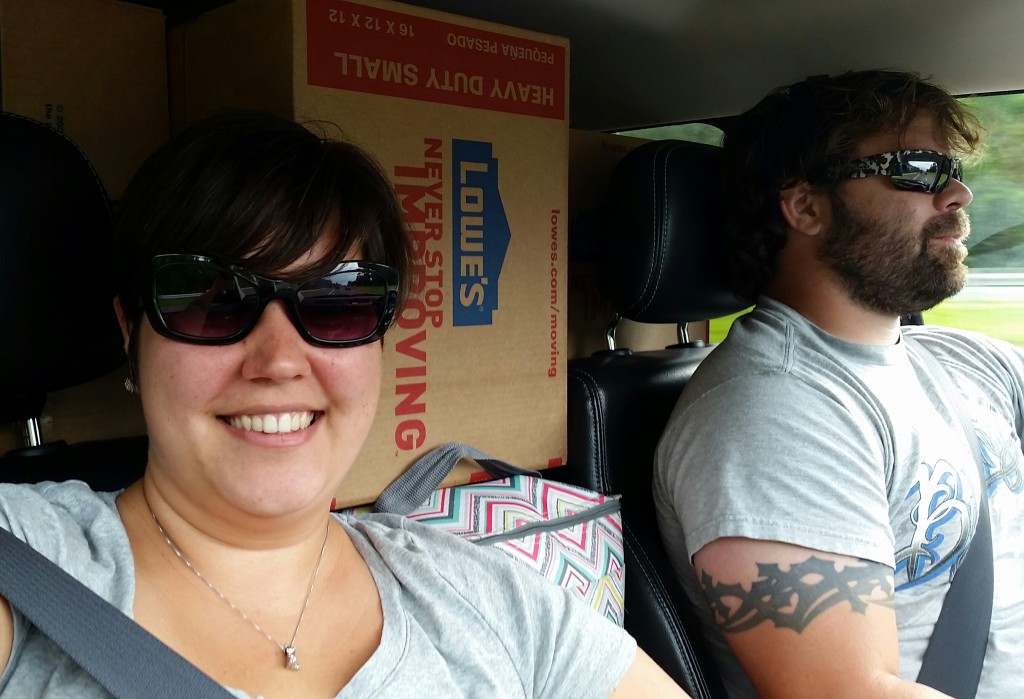 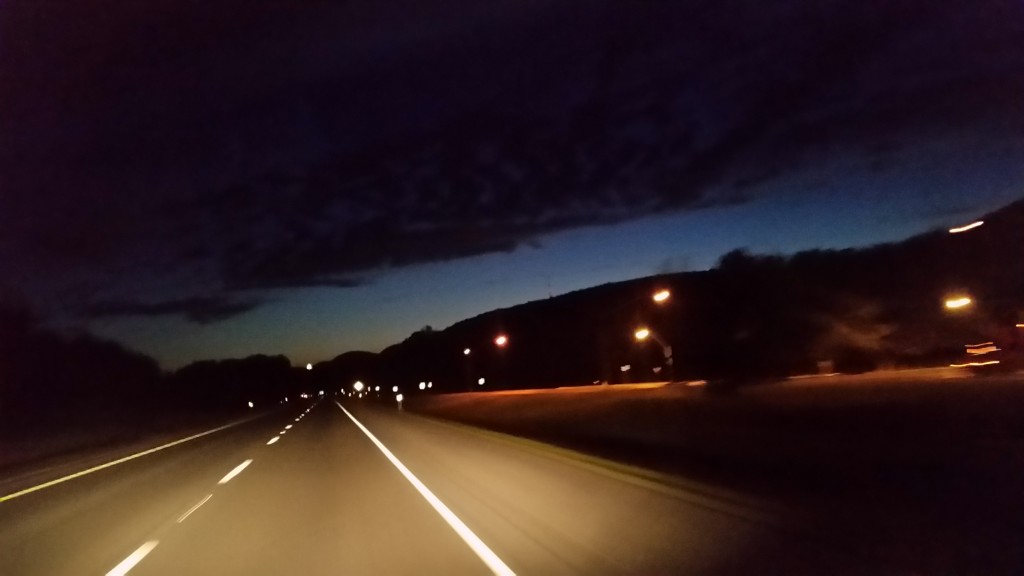 We thought ahead and booked it from my cell phone via Expedia before getting to the exit.  Good thine because when we got there, the front desk lady was sending people away because they were full!  We stayed at the Hampton Inn in Clearfield, PA.  It is basically just a truck/rest stop off the highway.  We were trying to make it to Dubois, PA (which looks cuter according to the internet) but were too tired. 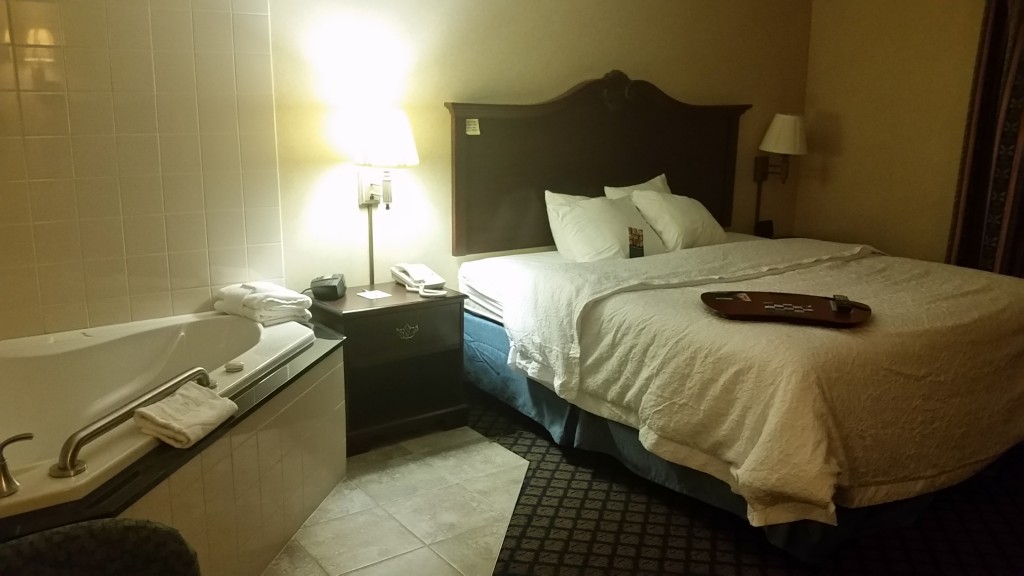 The hotel was very nice and the hot tub in the room was a bonus!  We did take a bath but both of us were falling asleep and thought drowning in a hot tub was a bad idea so we headed to bed.  The morning greeted us with the beauty of Pennsylvania with some fog rolling over the hills in the distance. 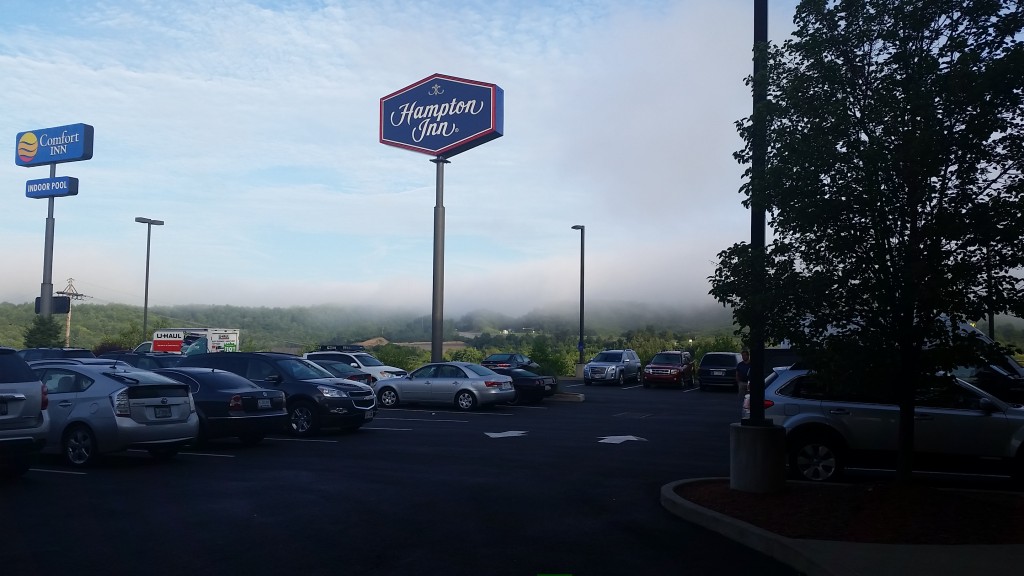 The Hampton Inn also provides breakfast so we headed down there and I was happy with the selection: eggs, waffles, oatmeal, toast, pastries, fruit, coffee, juice.  The lounge was nice and comfy too. 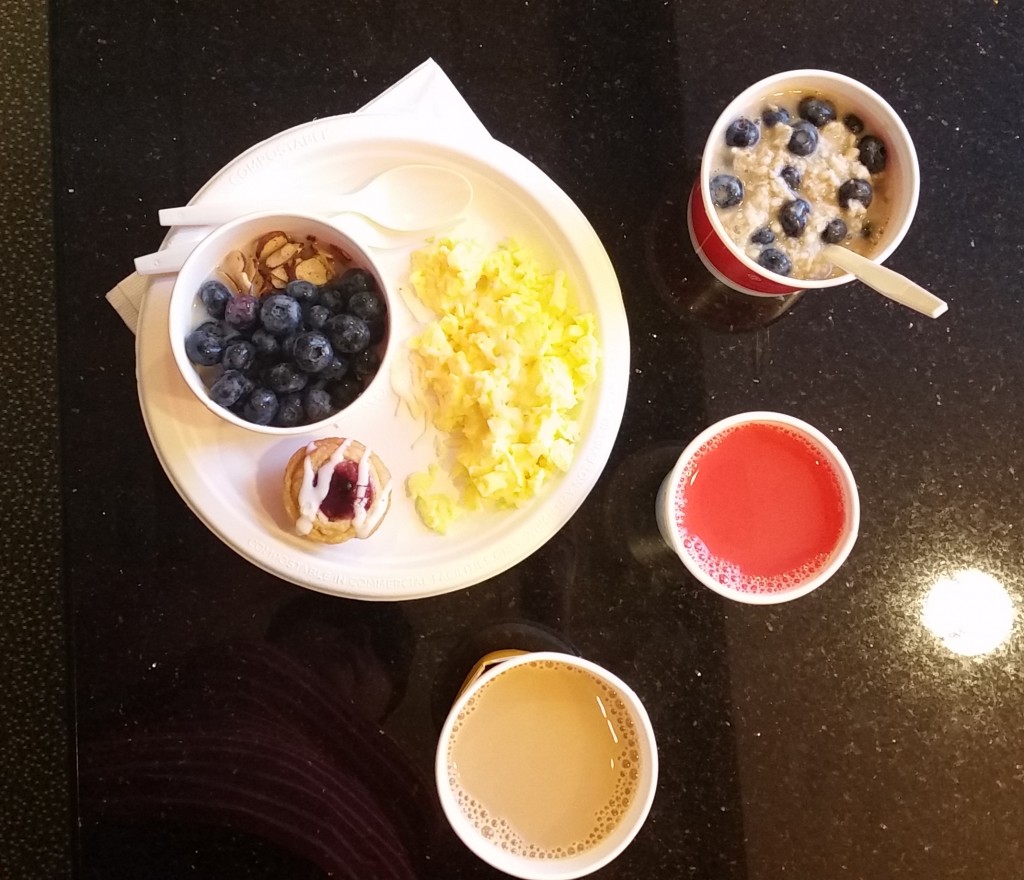 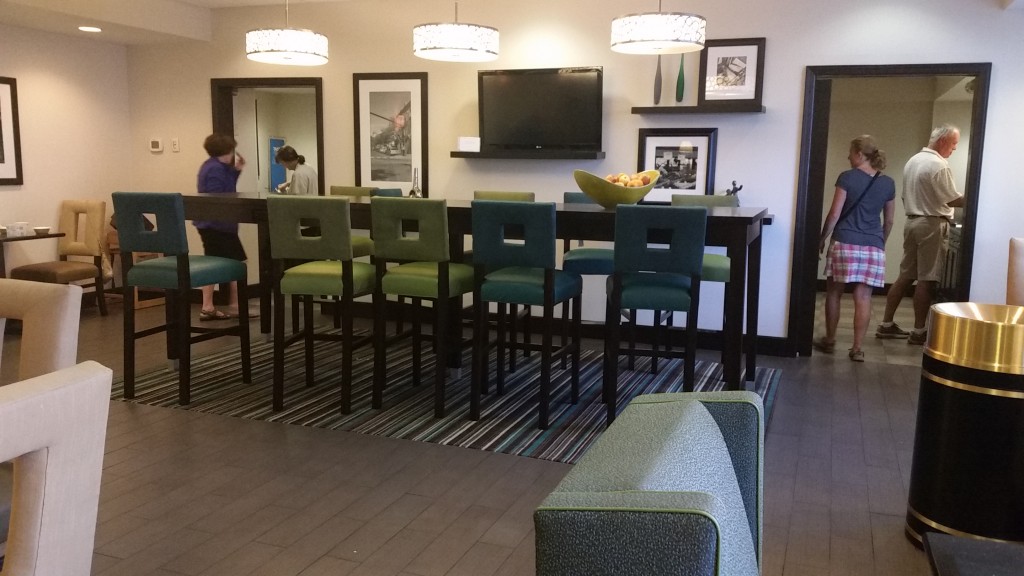 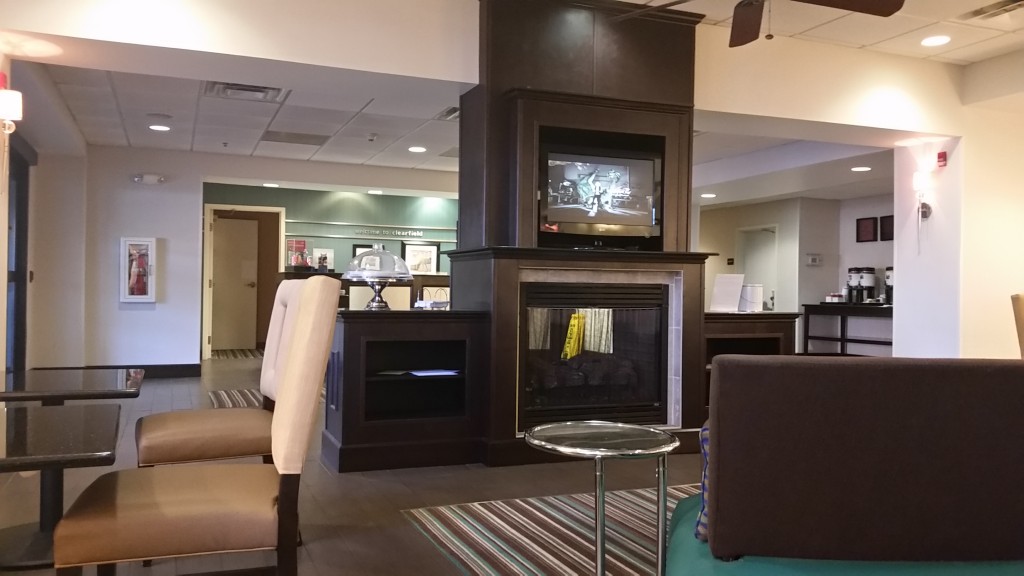 We got right on the road after that so we could make it to the house by dinner time.  I had to stop at one point to join an online meeting for my company.  Of course electronics weren’t cooperating and I ended up being late.  At least my boss knew I would be on the road when I was calling in.  Then we started the drive through Ohio. 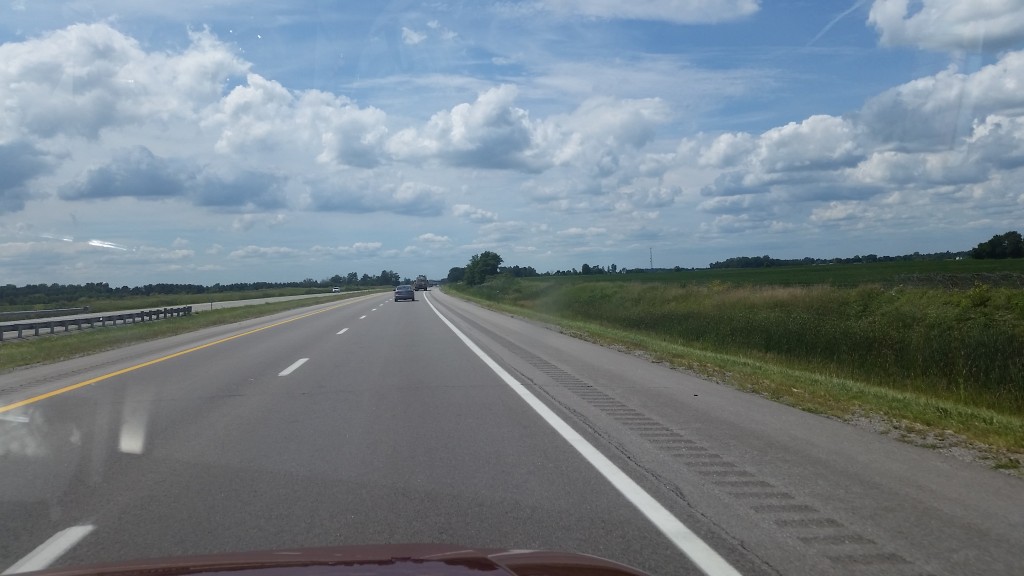 That pretty much sums up all of the scenery in Ohio.  Flat, farmland, clouds, highway.  We were sooooo bored and it was starting to torture us.  My friend Kristen suggested we count state license plates.  We found 34 different states!  Crazy!  You would never see that many different ones in New Jersey.  Finally, we arrived at the new place.  I am renting a room from my friend’s parents temporarily while I look for an apartment.  I am sure they are tired of me thanking them and apologizing if I am in the way or inconveniencing them.  I will settle in soon enough!  I packed entirely too much crap though.  Who knew this could all fit in my Jeep? 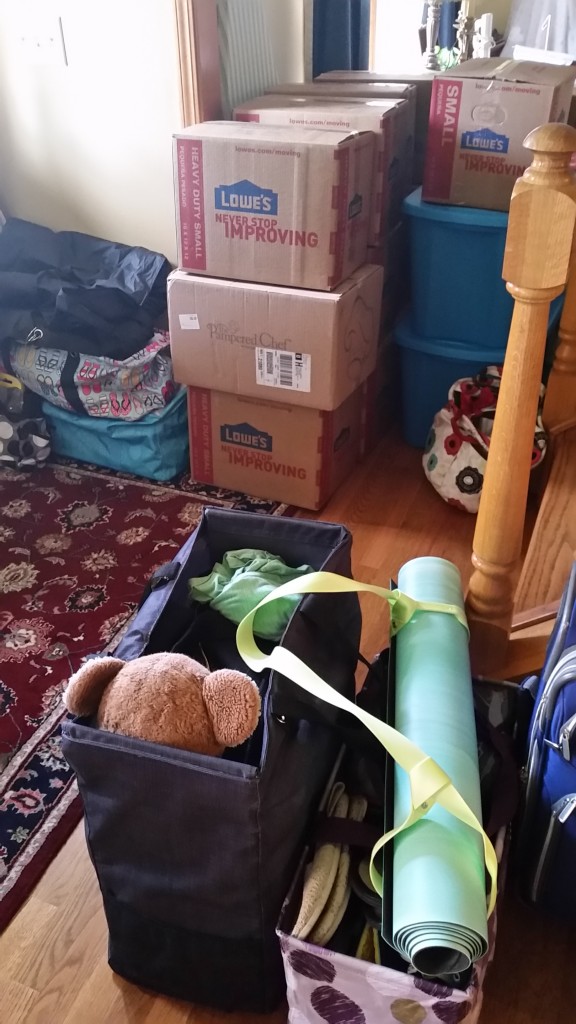 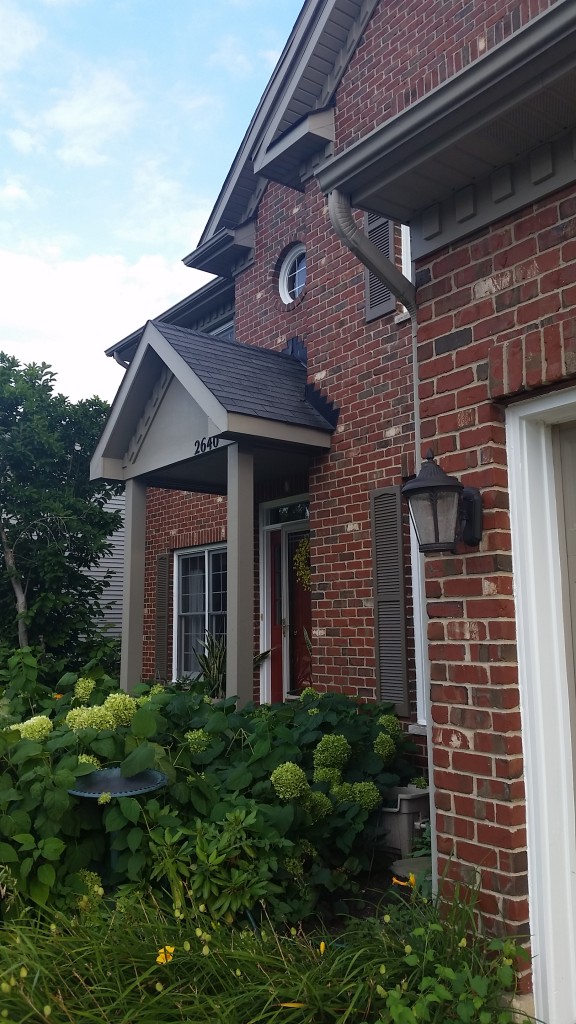 I am still unpacking but am working also so it makes things tough.  By the time I get home, I don’t want to do anything!  I’ll have to change that though because I joined a gym near the house and can’t let it go to waste.  Anyway, enough for today.  I will try to get more posts written but things have been hectic! 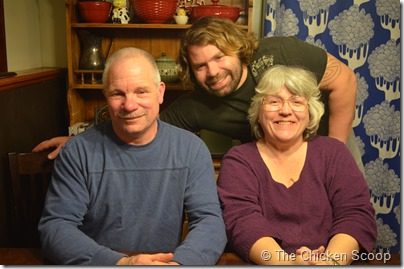 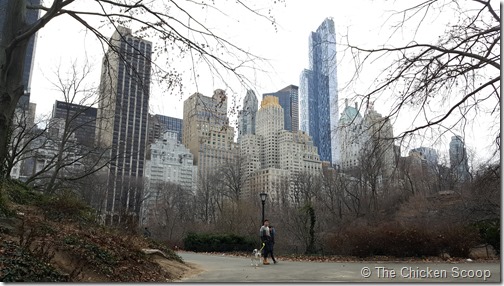 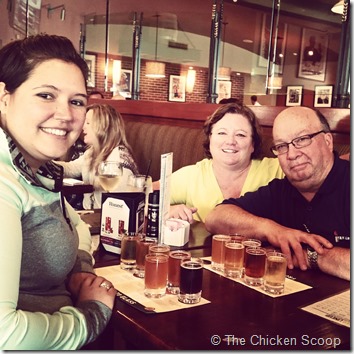