Is this race cursed?  I am really starting to think it is.  Remember in December when I strained my thigh doing JW’s Power Circuit?  And then I hurt my ankle playing Kinect?  And I do believe I was sick at least once during winter break.  And then there has been the pure laziness and lack of motivation…  So what am I getting at? 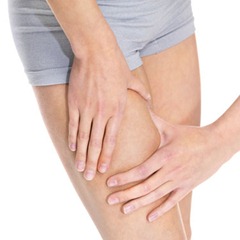 I strained my right thigh muscle.

I have no idea how I did it.  It started yesterday morning.  I woke up feeling like I was super sore and my thigh hurt but I hadn’t worked out.  Weird.  And then as the day went on, my thigh started to hurt more and more until sometime last night when I went to stand up after sitting on the couch for a while, I practically fell over from the twinge of pain in my leg!  It is feeling slightly better today but not very good still.

I typically like to do my runs now first thing in the morning.  It has been working for me but I am afraid to run on it right now.  But tomorrow is supposed to be 20-30pmh winds!  Warm yes but wind is horrible when jogging!!  I really need a plan so here it is:

I really really hope I recover this afternoon to do the 8-10 miles today!  Its warm out today too and I really really hate wind!!!  I get so cranky when its windy, its like someone poking you over and over again, you just want to slap them but you can’t slap air!  Anyway, off to get ready for school/work and hopefully my leg will feel better by this afternoon!!!