Well, the month of March completely got away from me!  I’m not making any blogging promises but here I am, trying again.  Let’s just jump right in then, okay?  RACE RECAP!

This past Saturday was the Philadelphia Hot Chocolate 15K.  I signed up because my friend Emily raved about it after running it multiple times.  It doesn’t take much to convince me but the addition of FONDUE at the finish line was definitely a perk!  She warned me the expo was small but I really wanted to go anyway and asked a friend if she wanted to meet in Philly that night for dinner. 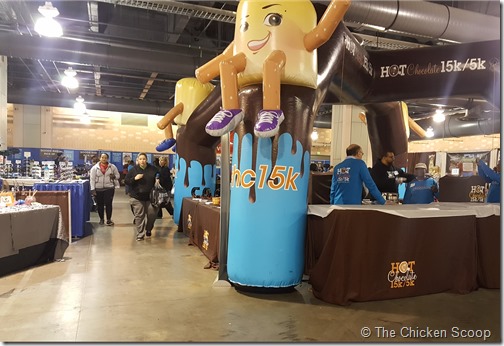 Packet Pickup was super easy and efficient.  You just give then your name or QR code and they scan a bib and stick your name on it.  Then you go pick up your Hoodie.  Yep, no t-shirts here.  Super fancy hoodies or jackets instead!  This year, they ran kind of big but they had a place where you could swap sizes (if available) and I got a size smaller.  They also had some cute stuff for sale but I was a little unhappy with the sizing.  They were out of a lot of sizes in stuff which was a huge bummer.  I ended up picking up 2 shirts and a pair of socks though too!  Ha! 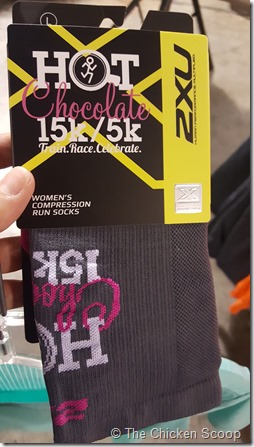 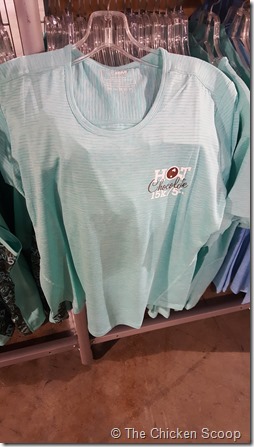 The expo was definitely on the smaller side and next year I will just have a friend get my packet if possible but I’m still glad I went!

Saturday was race day.  There was a 5K and a 15K that day so the race packet advised to come in at 6:45 for the 8:00 race!  Wow!  I thought that was a kind of early but I was worried about parking so off I went at the crack of dawn.  I ended up getting there around 6:30 and snagged a spot in a garage less than a half of a mile from the start.  I think they recommended such an early time because the 5K was scheduled to start at 7:15.  I definitely could have gotten there a little later though.  It was a little chilly and the air was damp which didn’t help so I wasn’t so happy standing around for almost 2 hours!

Emily, James, Callista, and Christine finally arrived not long before the race start. 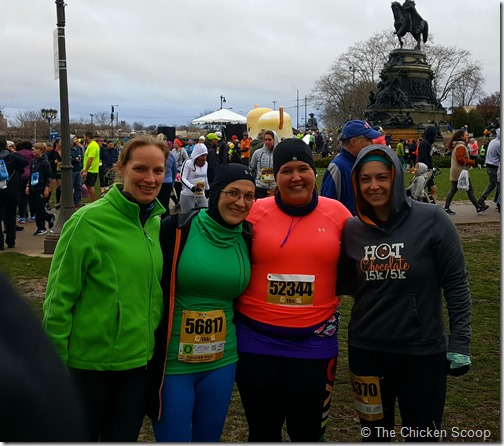 What we couldn’t figure out were the Corral assignments.  Everyone (but me) but 10 minutes per mile as their expected pace.  James and Emily were in K, which we figured was a preferred corral because they had previous races times that confirmed their expected finish times.  On the other hand, Callista and Christine were in Corrals O and P, not together.  Callista signed up after Christine but was in the earlier corral!  Alphabetical maybe?  I was assigned all the way in Corral S with my slow poke pace. 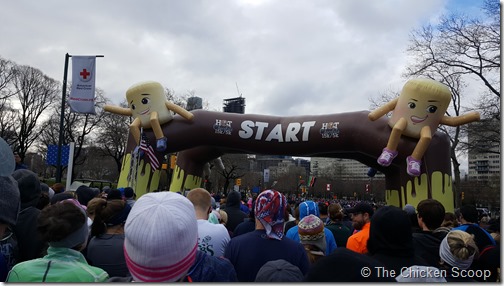 Miles 0-2:  The first 2 miles were rough.  I always start off too fast because I want to get out of everyone’s way who is running faster than me.  The problem was that my calves were cramping like crazy from standing around in the cold for almost 2 hours!  I did my best and my first mile was my fastest.

Miles 3-6:  There was chocolate at the first water stop!  Thank goodness because I had actually forgot most of my breakfast in the fridge at home.  I had only had a banana and some of a scone in the car about 3 hours before so I was huuuungry.  I shoved the rest of the cup of chocolate in my sleeve and munched on it throughout the race.  I slowed down a bit during this section too because I was busy looking for everyone along the course, as it was an out and back. 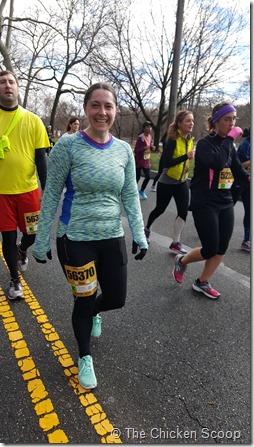 Miles 6-9.????:  The rest of the race was rough for me.  I was walking as hard as I could and trying to throw some runs in here or there but I was exhausted.  I also started to get some pain in my right knee from the slope in the road which wasn’t helping at all.  I kept trudging along though.  The question marks above are because my Garmin said I ran 9.8 miles but a 15K is 9.3 miles.  So who knows how far I ran that day!

The finish line is always the best part and this race is WAY BETTER than any other race BY FAR.  I mean, check this out: 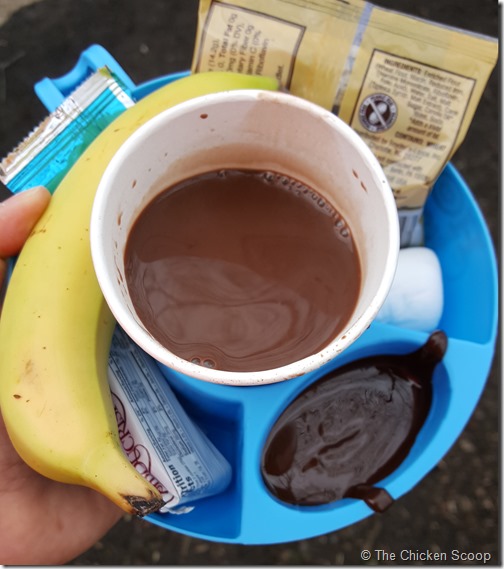 CHOCOLATE!!!!  We had to walk over to a tent to pick it up but it went very quickly (though I was at the end of the race).  There was hot cocoa, fondue, and dippings of all sorts.  So delicious!  I actually got too full but it was all amazing.  Especially after being out in the cold for so long, the hot cocoa was really welcome.  I would definitely run this race again!!! 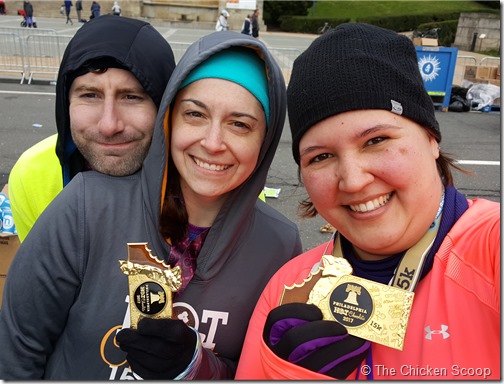