Just a quick little race recap.  I’ve written about this race before and not much has changed so I’ll skip some of the details.

It is run by the Atlantic City Race Series group that also organizes the Atlantic City Marathon that is in October.  One major bonus this year is that I skipped the expo completely!  Yup, you read that right.  You see, they started having packet pickup at Dick’s Sporting Goods in Cherry Hill, NJ (convenient to Philly!) and in Mays Landing, NJ (nice and close to home!).  I went there and was in and out with my bib and race shirt!  Didn’t even had to bother going to Atlantic City!  This was a great addition to the race for any locals or Philly residents.

I had originally registered for the half marathon but being sick for half the winter lead to lack of training and I decided to drop to the 7K.  I could have walked the half in the 4 hour time limit but they were expecting thunderstorms so I thought it would be better this way.  Boy what I wrong.

We woke up Saturday morning the crappiest weather ever.  I grabbed my rain jacket and a visor and headed out with Rob. 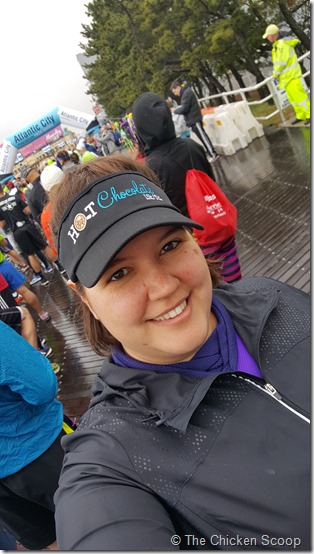 I totally had a brain fart and forgot that they do the April Fool’s races in from of Resorts Casion and not Bally’s like they do in the fall.  We got there and realized this quickly and had to trek all the way to the start line.  Rob’s knee is hurting so it was not fun and I just barely made the start.

It was a pretty long and boring and hard race for me.  The slippery boards made it hard on my legs and my right hip was hurting by the end of the race.  You can see all the standing water in the photos: 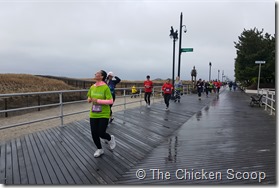 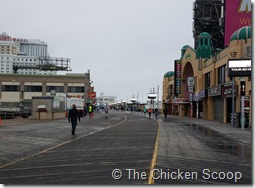 I did my best and had to stop once to pee but I wasn’t feeling great by the end.  I was just happy to be finished!! 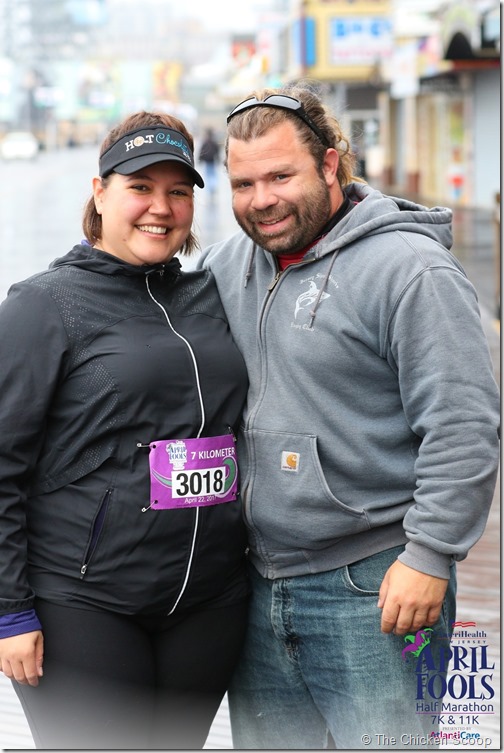 This race had free race photos and this was the best one they had.  I just looked like I was suffering in all of them!!!  Because I was.  Haha!  I am so glad I didn’t do the half marathon.  Or am I…

The next day, I headed back to Atlantic City to support my friends who I had looped into running the half and then abandoned them.  Emily and James are in way better shape than me so I knew they could handle it

We got there with plenty of time but the self parking was full.  I dropped them off to be sure they could start on time and decided to check the Valet at resorts.  It was only $5 if you had a member card (which is free, you get it at the casino) so I handed over my keys and ran to catch up the Emily and James and get some pre-race photos.  During the race, I just went into the casino, got Dunkin Donuts while I waited for Guest Services to open, and got my free member card!  $5 valet parking for us!  After a while, I went out and wiggled my way up until I had a nice spot to take finish line photos.

Emily and James didn’t need the free race photos because they had me! 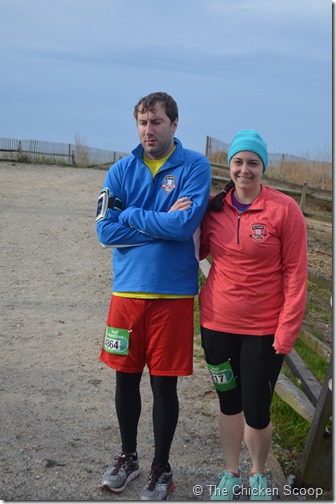 James is thrilled to be here 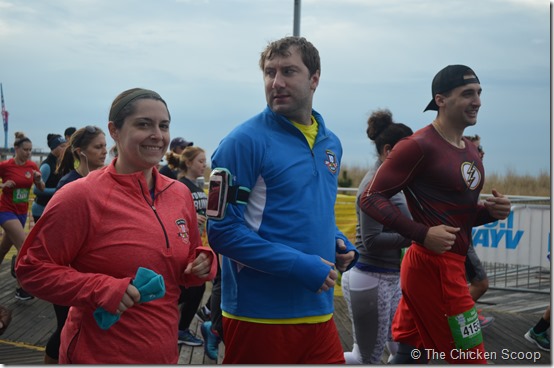 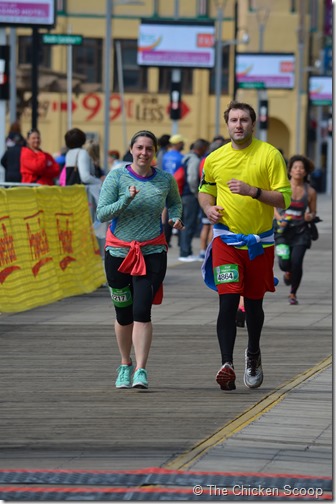 I am the bestest photographer!  (Not really but my services are free to friends so…)

But, you are here to read about me and my shenanigans, not look at amazing pictures of my friends.  After they were done dying, we got their refreshments and headed to the Landshark Beach Bar for our free beer.  They had Johnson’s popcorn which they did not have the day before.  Also bagels from Hot Bagels, my favorite local place, plus Pretzels and bananas.  Our free beer was teeny tiny (8 ounces?), but free, and we sat at the beach bar outside and enjoyed the beautiful weather.  Right, the weather – remember it was supposed to thunderstorm?  It was PERFECT outside.  I totally could have walked it!  Maybe next year!