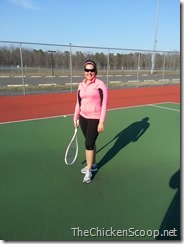 Well, my healthy weekend didn’t quiet go as planned.  I didn’t go crazy but I wasn’t good either!  First, I didn’t want to go for a run on Friday but had to do something active.  I ended up doing about 40 minutes of Zumba on our XBox Kinect and then we played some easy tennis.  Only 30 minutes in though, my ankle started to hurt, like my Achilles tendon (but to the side of it?) so we decided to be safe and call it quits. 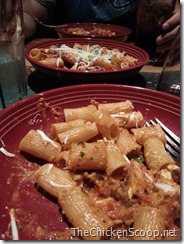 Then, we decided to go out to dinner as date night on Friday.  We ended up at Carrabba’s and it was “Pasta Seconds”.  Seeing as we wanted to eat out but not spend too much, getting 2 servings for $13 sounded good to us!  Of course, I’m not supposed to eat so much pasta but that discussion is for another day…

Saturday was spent completely devoted to rugby.  We were playing a team a good 2 to 2 and a half hours from our house.  They are also Division 1 but our team is Division 2 so we knew it would be a slaughter but “good practice” I guess? 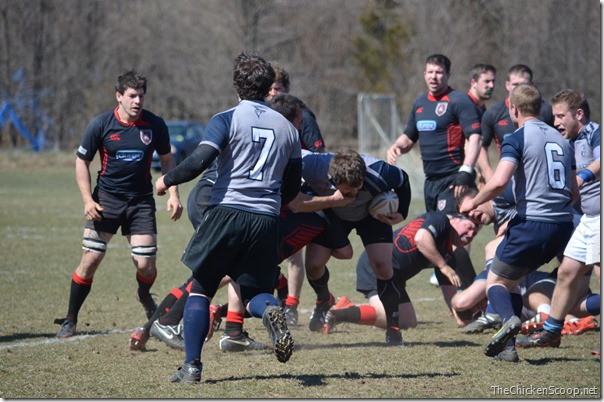 (Rob is in the middle with the ball)

At first, I was a little annoyed the game was so far away, until I realized that it might be nearby my friend Jess who moved back home where she grew up.  Turns out, the rugby field was a mere 4 miles from her work and she was getting done her shift just as the game was starting!  She was also free for the afternoon to hang out.  This made up completely for the drive! 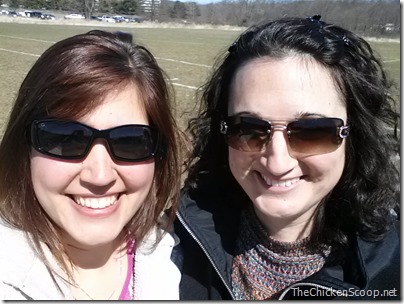 We skipped the rugby after party because we couldn’t be home too late so off we went with Jess to explore the local town of Denville, NJ.  We had dinner at Thatcher McGhee’s which was pretty good.  I got the fish and chips but then didn’t want them.  LoL, that happens a lot.  I wanted Rob’s Prime Rib because it was amazing! 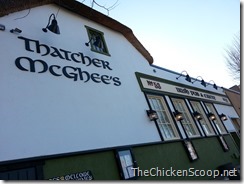 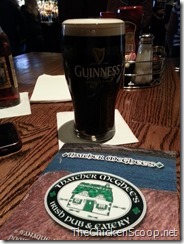 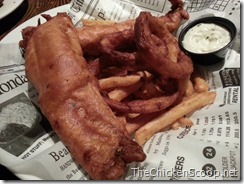 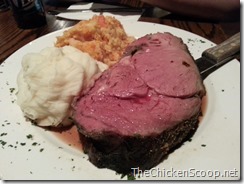 We had such a great time, Jess is like a sister to me.  Even Rob has adopted her. 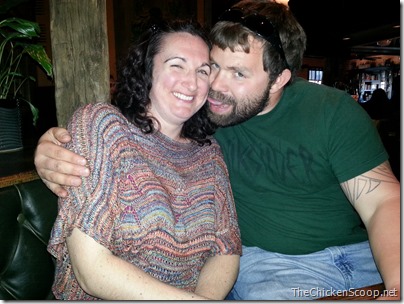 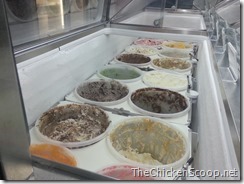 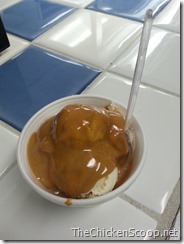 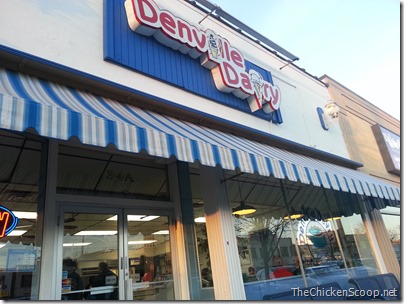 Finally, it was time to go.  As you can see, not the healthiest of meals but I ate really well the rest of the weekend other than what you see here!  Does it make up for it?  Not really, but I hope it at least balances a bit.  My eating will be great this week because I did an awesome job of meal planning but I’ll talk about that tomorrow

Sunday was spent doing lots of work and cooking.  Overall, I’m happy with how my weekend went.  No long run though because I spent the time doing other things.  I’m really in trouble for this half marathon but I will figure it out.  Enough babble for today.  I have a huge project due Wednesday that I need to finish up.  I’ll end with a Spooky Photo of the Week (remember when I used to do that??  Ok, probably not, its been a while).  But how cute is she?! 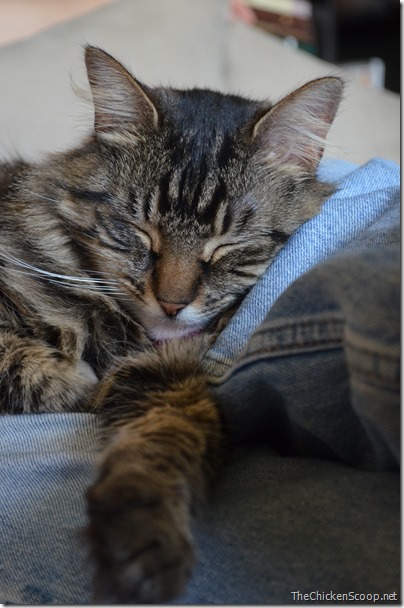 One thought on “Weekend Tidbits”