Friday was the most heavenly!  We stayed home.  I know, can you believe it?!  We ordered pizza, plopped on the couch and spent time together!  You can read about (more like look at pictures of) our Relaxing Day at the blog I posted that night even! 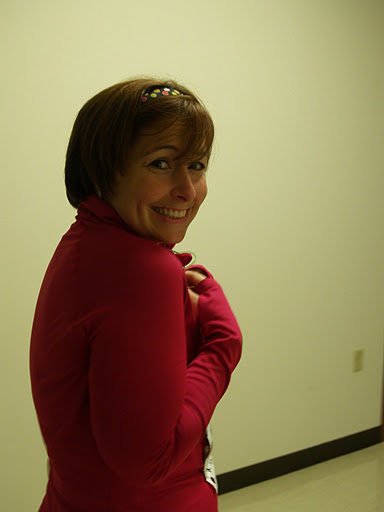 So anyway, I got an email Friday from Lauren lamenting about her run that was on Saturday.  She had registered a while back for it and was not excited at all about the oncoming Nor’Eastern, rain, wind, and just generally icky weather.  I decided that I would go out and run with her so she had some company.

We woke up nice and early Saturday and headed out.  It was a small local race but it was even smaller due to the rain.  They had about 50 pre-registrants but only 12 people were there to race (and I saw a few that registered that morning!). 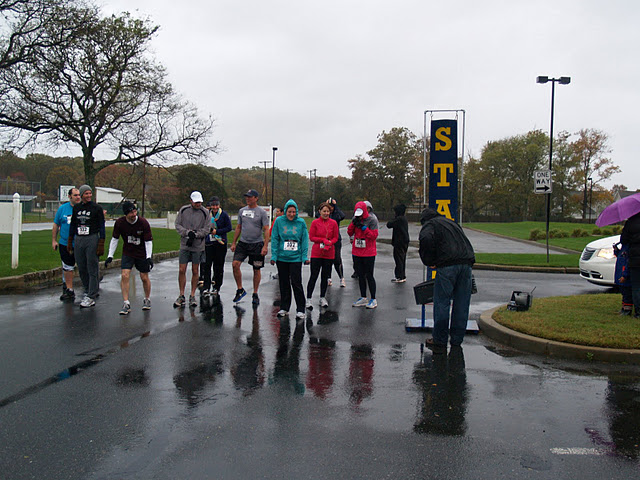 It mostly just drizzled on us and was a little chilly.  Not too enjoyable but not terrible either.  We finished in 31:45.  Not a PR but not bad considering the weather!  At one point, a group of guys was jogging toward us and we were both panicing that we still had to turn around (we were almost done).  They were just cooling down I guess!  We found out later that we were both thinking the same thing.  LoL!  And since the race was so small, we both finished first in our age groups! 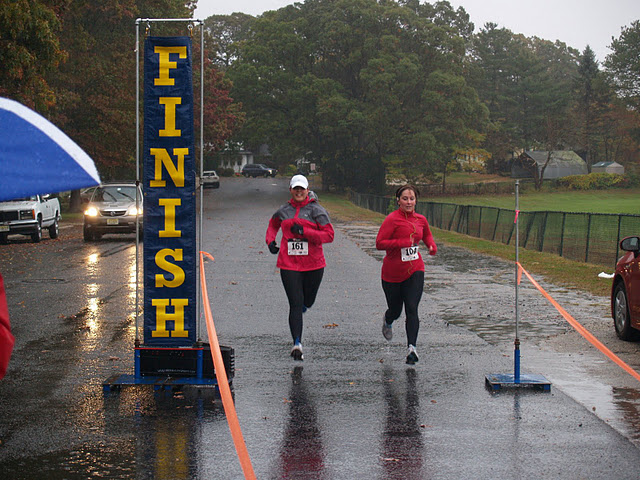 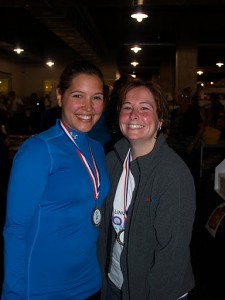 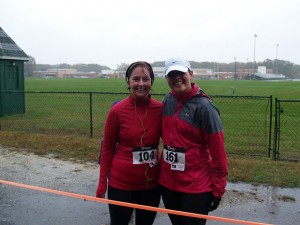 It felt really good to get it done with for the day!  I did more than I would have without going.  I was scheduled for a long run but no way in that weather!  The weather actually got worse as the day went by.  I could hardly watch Rob’s rugby game.  I sat in the car almoost the entire time. 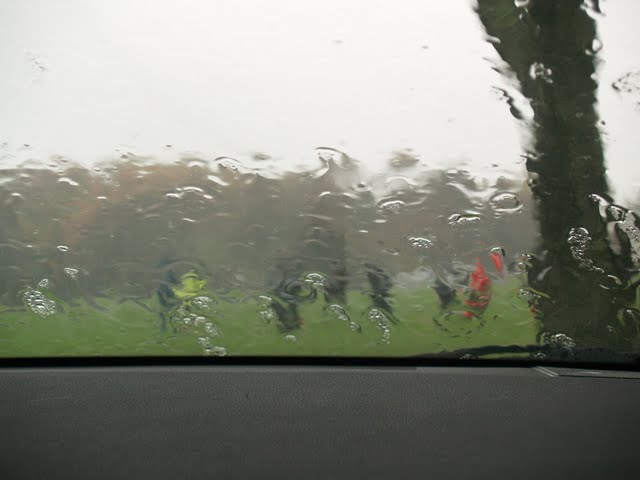 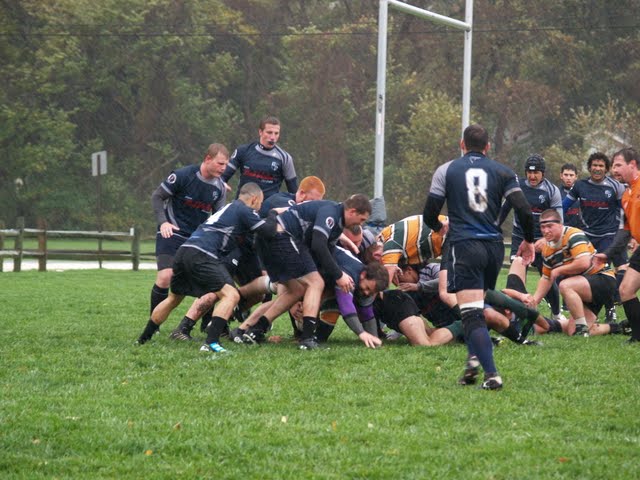 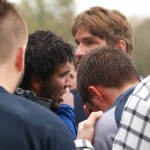 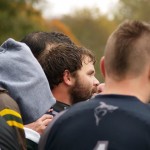 I don’t know if you can really see how wet they were at the end of the game.  Not only was it raining but the winds were crazy and it got really cold.  We were lucky though and didn’t get any snow!

Really, that was it for the weekend!  Sunday was spent running around as usual doing 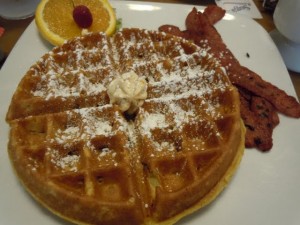 errands.  We went out to breakfast and I got the pumpkin pecan waffle (OMG it was amazing!).  Other than that, it was a pretty low key day!  I still felt like I was running around though.  This coming weekend, I am busy Friday but hopefully we will have free time the rest of the weekend.  I just want to relax at home with Rob!

Health and Fitness Report
Even though Sunday was BEAUTIFUL, I ended up cutting my run short.  I was just super busy all day and I had a take home exam to complete.  I ended up going to bed after 11!  (normally bed time is around 9).  I did 4 miles instead of 8 but I hadn’t planned on the 5K so that is good I guess.  I did fluff my training plan a bit so I can cut a run or two short but start this weekend, I really need to make an effort to get those runs in!

I think one issue for me right now is the cross training.  I need to get back into a regular running schedule so I’m going to skip weight training for the first few weeks.  It is really hard to motivate yourself to go run when you legs still hurt from the squats you did 4 days ago!  Right now, its all about the running, then I will add in more as I go!  Strength training is super important so it won’t be long, maybe only a week or two!

Oh and as for my Back to School Fitness test, I didn’t have time to do the test yesterday but I will do it tonight!!