As if last week wasn’t busy enough, this weekend wasn’t much of a relaxer either!  Let’s get to it.

Friday after the hubs got off work, we decided to head over to our local 4H Fair.  Every year it rains for the fair and this year was no different.  As we were getting ready, there was tons of thunder and a downpour.  Rob claimed that the measly 10 miles we had to drive might mean that it was dry at the fair.  Doubtful.

We arrived and immediately headed to the bunny tent because it had started to rain and then it poured.  I occupied myself with adorable animals. 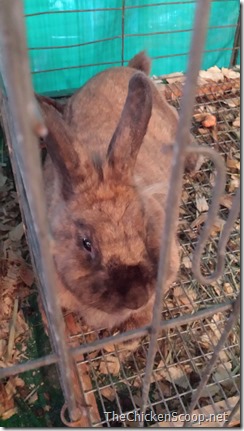 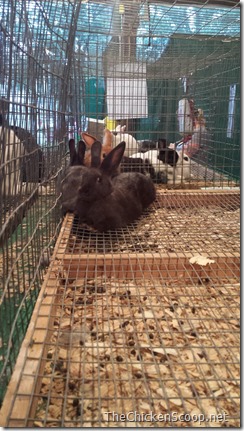 We ran into some friends and chatted while we waited for the rain to stop.  During a lull in the rain, we took out my umbrella and made a break for the horse barn.  They were all covered so no pictures but the next barn had the small animals like chickens, goats, and pigs! 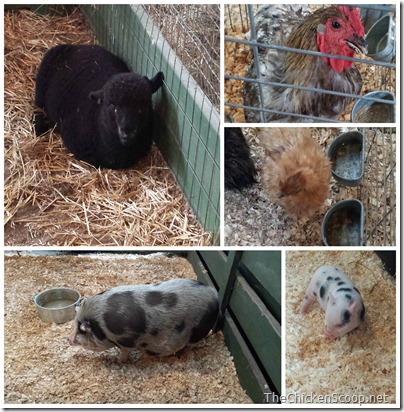 So finally the rain stopped and we headed out of the barns to just walk around the rest of the park.  There were the usual fair foods and I got a crab cake platter for dinner.

Our last stop was a walk through the tractors.  They are always fun to look at but most of the antique ones don’t come around anymore (which are my favorite). 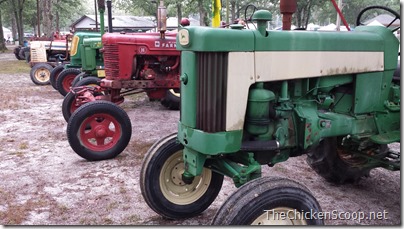 Before leaving, we stopped at the “Jersey Fresh” stand and got some fresh produce.  And that was it for the fair this year!

Friday afternoon, Rob had the idea to go to the Pennsylvania Renaissance Faire on Saturday since we had a whole free weekend.  Second, because it was Buy One Get One Free entry for the faire too.  They have a theme each weekend so I looked it up and it was Time Traveler’s Weekend!  (Ready for my inner geek?).  I LOVE Doctor Who so on Friday night, in less than an hour, we managed to scrounge up an outfit for me to wear.  Rob is a party pooper and won’t do such crazy things but I had fun!  Since I wouldn’t have a second partner in crime, I decided it would be most obvious if I just dressed up as the Doctor so I did!

What do you think?  It was my “interpretation” of what a female version would look like.  I was bummed I couldn’t get the red sneakers but I think I did pretty good at 9PM the night before (you know, when most stores are closed).  And I know you love that I had a sonic screwdriver! 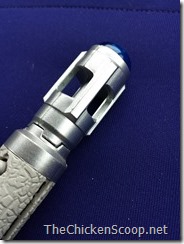 Haha so anyway… The trip didn’t start off well as there was an accident on the highway and it was CLOSED.  We found a cut through back way that no one else was using and it only took us an extra hour to get there (oy).  It was a beautiful day though and I managed to keep my jacket on most of the day before giving in to the heat.  There were a few other “Doctors” there too and I had a great time! 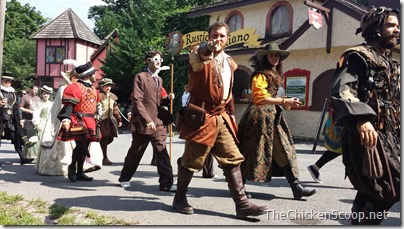 Rob and I are already planning to go back again because it was too big to do in one day.  We drank and ate well:

Once you have the glass, it is only a few dollars to refill (and you have a souvenir!).  We went to see the jousting, a singing show, and just walked around enjoying ourselves.  We finally got tired and decided to head out.  Can’t wait to go again!!

Sunday?  We did nothing!  Yep, we had a low key day of nothing much to do.  Actually, we did roast a chicken which took a few hours and came out GREAT.

And we checked on the garden and found this beautiful radish. 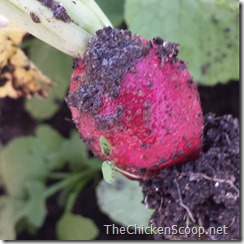 And that was it!  So now that today was the longest blog ever, I’m going to stop here and leave my health and fitness updates for another post!

Have you ever gone to a Renaissance Fair?

I went a few years ago to one in Texas when visiting a friend.  I had such a blast!  If you have a chance, you should definitely go to one.  There is so much to see (and want to buy) (and eat).  And don’t worry, you don’t have to actually dress up (though you often get a discount on your entry fee if you do). 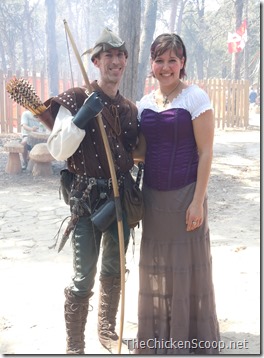 I made my first outfit all from pieces from the mall so its not the hard!
(Mr. Robin Hood did not) 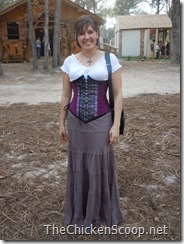 Then I upgraded to a real corset at the fair 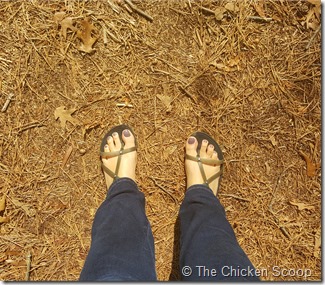