Food Health Nutrition Paleo
July 30, 2012 by Angela4 Comments on Celiac or Not?

Wow I just read this article/blog on Being Celiac, and it really got me thinking. Some quotes from the article that I could have easily written as it applies to myself:

“I appeared a healthy, fit and energetic person”

“I experienced excessive tiredness in the afternoons, extreme hunger all of the time, but “bloated” every time I ate and experienced intense stomach cramping after every meal.”

“I quietly tried to self-diagnose and self-medicate.”

“I thought; maybe I have been eating too many vegetables, too much fiber.”

“I eventually started to get a strange pain in my chest after every meal.”

“I began loosing interest in eating because eating to me was associated with pain.”

“[people] told me it was stress”

But the happy thing since switching to mostly-Paleo…

“I miss the foods I used to eat, but after just a few days of being gluten-free, every single symptom went away. I had forgotten how good feeling “normal” could be!”

Wow. I have never been tested for Celiac (maybe I should consider it?) but I also find that I don’t always react to gluten. For example, I ate a burger (with the bun) this weekend and felt fine. But I had a whole wheat English muffin this morning and my insides are tearing up. But the point is, I am glad I read this article because it gave me the “I’m not alone” feeling. Especially the part about the chest pain. I never linked that to wheat/gluten before. I always thought it was something weird and could never figure out the cause.

4 thoughts on “Celiac or Not?” 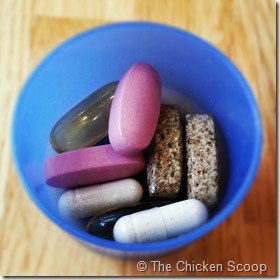