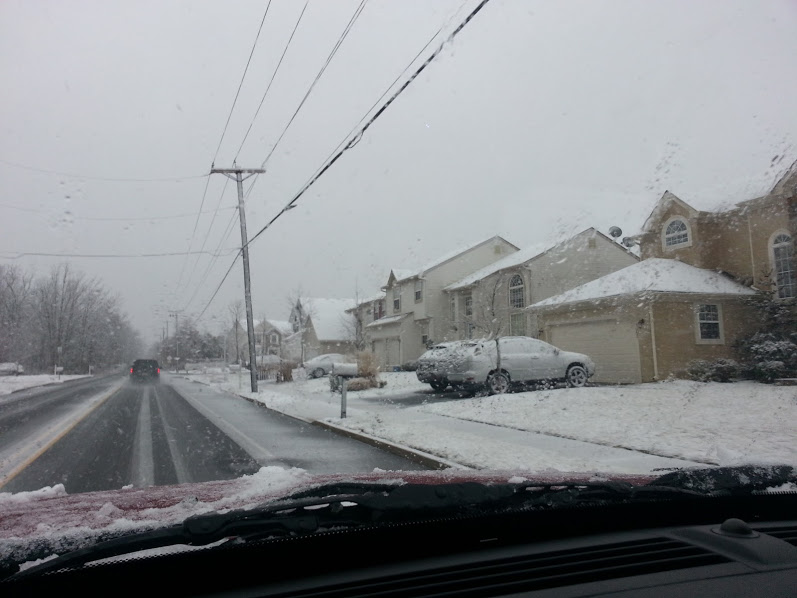 Yeah, so this is what I drove through to get to school yesterday, only to get an email that they canceled classes for the rest of the day (after I arrived to campus).  Grumble, grumble.

So, this weekend was pretty good actually.  We had a wide open weekend so of course it got all filled up in not time.  I got to hang out with friends, hang out with my oldest sister, and I even got a run in! 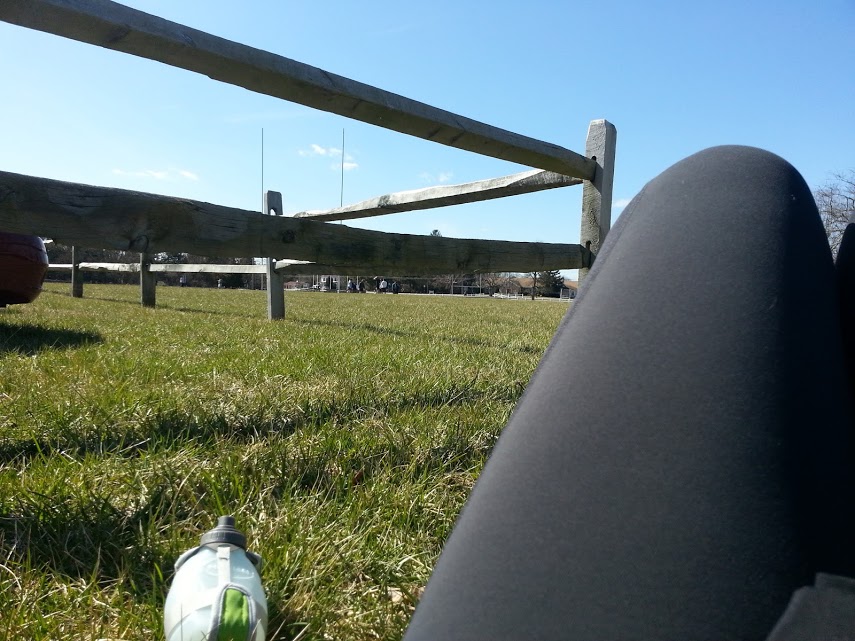 I went with Rob to his rugby practice and ran around the neighborhood to get in 6.07 miles in 1:15:20.  Slow but not bad considering I hadn’t run in a month!  Then I did core work and push ups while the guys practiced.  It was nice to run in a new neighborhood and see new sights.  Anyway, my upcoming half marathon is definitely not going to be pretty  but I just want to finish.  Maybe in the future if I keep up running, I can think about a PR but its not happening any time soon!

I have to admit though, my eating was terrible this weekend.

There was a lot of eating out and a lot of bad choices.  I tried to keep my portions reasonable but it doesn’t make up for it.  I said I would do better Monday only to sleep in too late and end up at McDonald’s for breakfast which threw off the rest of the day.  Today, I again woke up too late but I had a Shakeology sample for breakfast instead. 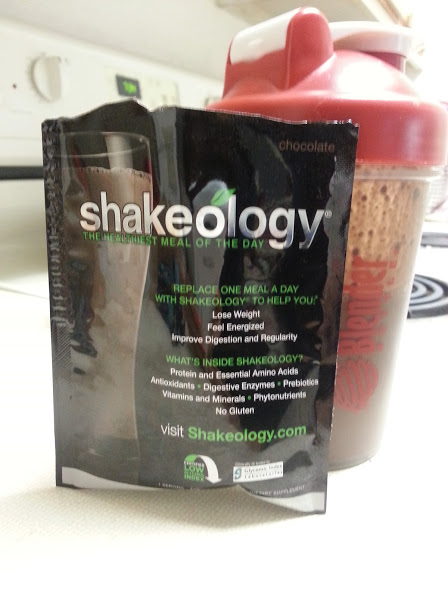 Overall, this didn’t have too bad of a flavor but tasted a little “green” like plants.  I think if you mixed it with something like a banana and peanut butter, it would taste really good.  Also, my stomach handled it pretty well which is a plus.  A follower on my Facebook page also suggested adding instant coffee.  Wish I had thought of that as I had some Starbucks Via samples right on my counter!  I’d say Shakeology has a pretty good flavor, very chocolaty, and mixed well with Almond Milk (no clumps or chalkiness).  A decent option for a supplemental drink!

So, this only kept me maybe 2 hours and I was starving by the time my class was over at 11.  I really need to get up earlier in the morning!  The crappy food I ate yesterday is what made me so lethargic and sleep in which made me run late for breakfast.  Snowball effect!  But I’m on track so far today and I have plenty of foods I already cooked on Sunday to keep me going.  No excuses!

I also went to a Pampered Chef open house this weekend which was a lot of fun. 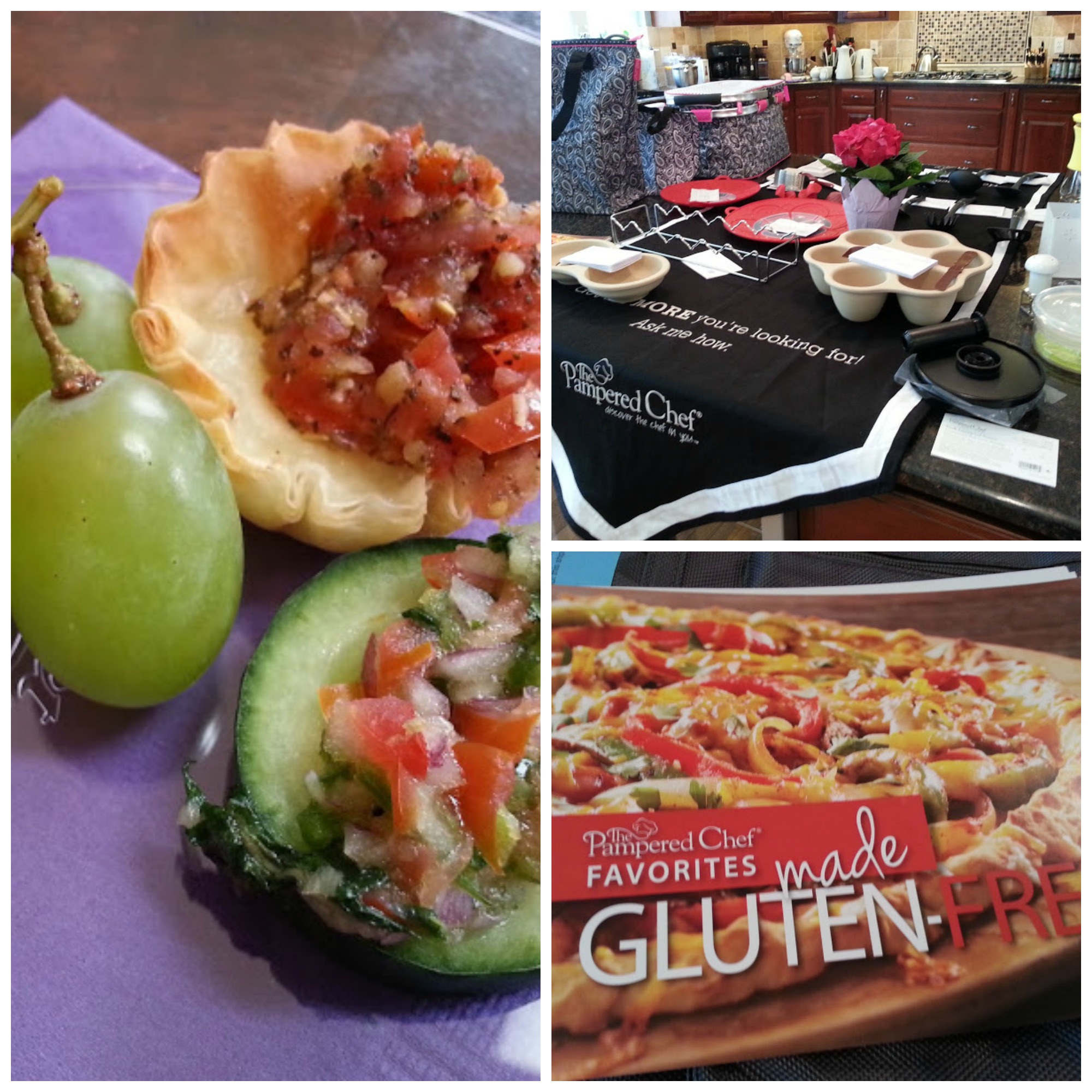 As you can see, they have a new Gluten-Free recipe booklet which is basically their most popular recipes made into Gluten-Free.  Pretty cool but not really my thing since I still don’t use Gluten-Free flours since they are usually rice based.  But still fun and a nice option when I’m craving a cheat food (I’ll pick a gluten-free grain over wheat any day).

So, if you saw my Health as a Priority blog from last week, you would expect workouts right?  Well, my morning workout plan didn’t pan out as sleeping in doesn’t help.  Also, no matter what time I got up this morning, I had to immediately start doing my work for my morning class so no workout was happening.  I forgot to factor this into the plan.  Hopefully an easy workout tonight instead!  Now, off to continue working and being productive!