What  a great trip to Saint Louis!  First, thank you Kristen for hosting us!  You were the best host!!  Now, on to the recap!

Friday, we had a flight nice and early at 9:29 AM from Philadelphia.  Well, travel didn’t go as smoothly as we hoped to the airport and we were running WAY late.  We got dropped off at Gate C for US Airways, no realizing we should be at gate F.  Well, the security line at C was horrible!  So the TSA people told all those with Gate F passes to hurry and walk down (outside) to Gate F because there was no line down there.  Thank goodness or we probably would have missed our flight. 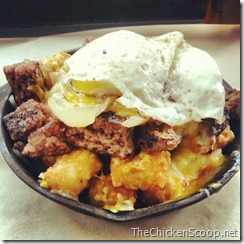 We got to Saint Louis around 11 AM and grabbed some lunch at Schlafly’s Beer and Grill (a local Saint Louis brewery that has a restaurant in the terminal also).  I had the “Slinger” with an Octoberfest Beer.  Delicious!  I definitely recommend stopping there if you need a bite to eat while waiting for your plane.  We were hanging out because Tiffany was getting off her plane at 1. 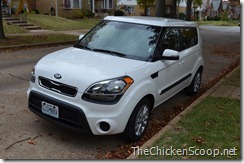 After we picked up Tiff, we arranged our Alamo Car Rental (pre-paid through Priceline) and got on our way.  We rented an intermediate sized car and had our pick of 3 cars.  We chose the fun looking Kia Soul.  I think Rob had a blast zipping around town in this thing.  Not a bad car at all! 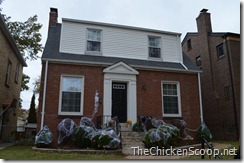 Finally, we got to Kristen’s house and intercepted her while she was picking her son up from school.  On the menu for dinner was Paleo Crock Pot Meatloaf.  It was delicious!  But I don’t have a picture or recipe.  LOL.  Maybe I can get it from Tiffany or think up my own version

Andrew also had a soccer game so we headed out there and froze our butts off while we watched.  Thank goodness Kristen had extra coats to lend us! 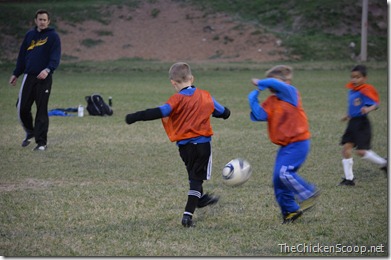 Kristen and Andrew were really awesome, letting us invade their house for a couple of days.  Andrew was really friendly and made buddies immediately! 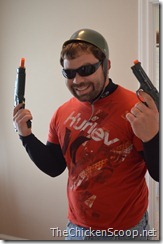 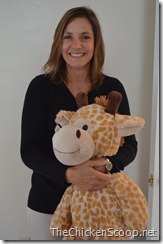 Finally, it was time to head to the hotel for Rob and I (Tiffany was staying at Kristen’s house).  We stayed at the Courtyard Marriot, out past the airport.  It wasn’t too bad of a drive and we were happy with the hotel.  The room was nice and basic, and the bed was super comfy!  We were exhausted and went right to sleep! 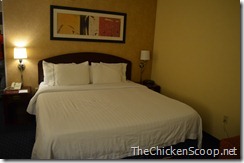 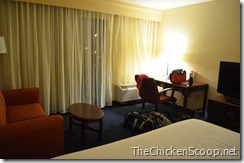 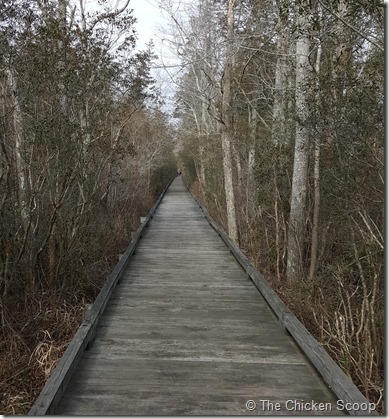