Yesterday was a pretty uneventful day.  I spent most of the day cleaning the house.  I tried to remember to take pictures for my blog but I forgot some.  Breakfast was just an omelet with veggies and a side of bacon.  Also, I always have my coffee! 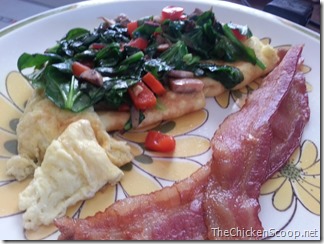 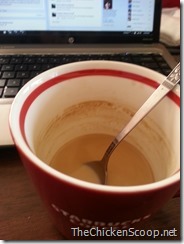 Lunch was chicken I grilled on the Foreman but no picture!  I had one major problem the last few days though.  These little buggers: 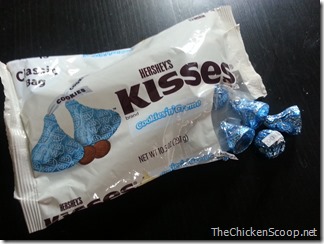 The whole bag is gone.  Rob got to eat one and tell me he didn’t like them which opened the flood gates.  Cookies are a weakness for me and these cookies’n’cream kisses had the same effect!  Well, won’t be buying these again!

After work, I wanted to go for a run and asked Rob to come too but he is still getting over his cold that I gave him so I know his lungs weren’t up to it.  Instead, we played tennis for about 40 minutes and it was a lot of fun!  We also ran 1/4 of a mile before Rob called it quits.  Better than sitting on the couch! 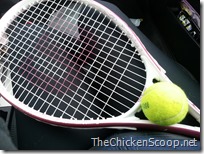 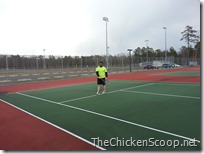 Nothing else exciting but I did make some soup in the crock pot.  I just stink at making soup but this is actually edible!  I used a small head of cabbage, 1 parsnip, 5 carrots, and 1 green pepper.  I added fake chicken stock (from a seasoning jar) and cooked on high for… lots of hours (didn’t time it sorry!).  It was pretty delicious!  I added some veal that we had leftover from the night before and it was the perfect dinner! 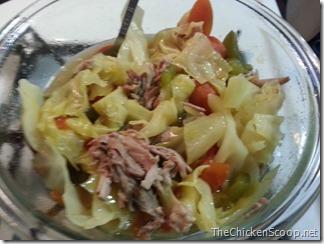 Since I’m taking it day by day, let’s pick out the positives for yesterday:

And that’s all for yesterday!  Off to have a successful day today!

What healthy thing did you do yesterday?

3 thoughts on “Killed By Kisses”